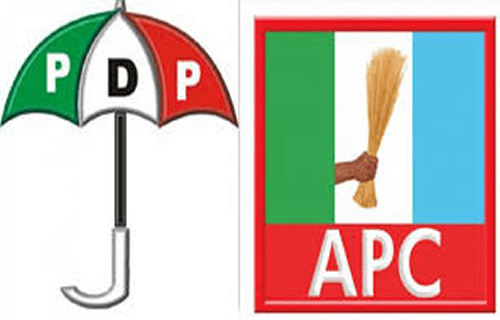 THE Peoples Democratic Party (PDP) has accused the Independent National Electoral Commission (INEC) of fueling trouble following its refusal to withdraw alleged 4,000 All Progressives Congress (APC) members that the party claimed it secretly registered as independent observers for the July 14 and September 22 governorship elections in Ekiti and Osun states respectively.

The opposition party asserted that INEC under Prof. Yakubu Mahmud has hatched a plot to use illegal observers in the elections.

In a statement issued in Abuja on Tuesday by Kola Ologbondiyan, its
National Publicity Secretary, the PDP wanted INEC to note that the people of Ekiti and Osun states were already aware of “plots to use the illegal observers to manipulate the electoral process, endorse irregularities, approve fictitious results and subvert the will of the electorate in favour of the APC, and are ready to resist such.”

The party said: “INEC, in this design, should not forget that these states are immutable strongholds of the PDP; that the citizens are politically sophisticated and will in no way hesitate to confront, with all energy available in a democracy, any attempt by anybody to sabotage the election.

“It is an incontrovertible fact that the PDP has the largest demography of genuine followership and unprecedented mass appeal across Ekiti State, particularly due to the sterling performance of Governor Ayo Fayose; we also have the most popular candidate in this election and the direction of the political tide is clear to all.

“In this regard, the national leadership of the PDP states in very clear terms that our structures across all the electoral wards in Ekiti and Osun states have been put at alert, as we will not allow anybody to use any means whatsoever to manipulate the electoral process.”

The PDP issued what it described as a direct caution to the illegal observers to steer clear of Ekiti and Osun states and also to desist from testing the will of the people as they will in no way stomach any attempt by anybody to subvert their will at the polls.

“On this note, we charge the INEC Chairman to immediately douse the tension by instantly withdrawing the illegal observers and constituting a process of selecting new and genuine observers with full participation of all major stakeholders, particularly the political parties contesting in the elections. Anything short of this is unacceptable and will be highly and firmly resisted by the people,” the party declared.