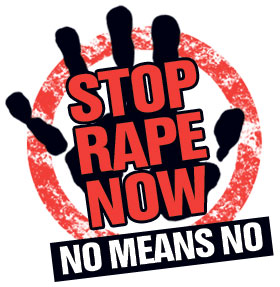 A 65-year-old man, Lawal Angala, and his son, Isah, 19 have been remanded in prison custody for allegedly raping their neighbour’s nine-year-old daughter.

Hajiya Fadile Dikko, who presided at a Katsina senior magistrates’ court where the accused persons were arraigned for the offence on Monday, directed that they be remanded in the prison custody till June 14, 2018 when their case would come up for mention.

The police had told the court that the accused persons, who resided at Safana town in Kastina State, committed the offence on May 2.

The court heard that the accused persons lured the victim into Angala’s room where they allegedly took turns in having carnal knowledge of her.

The accused persons are now facing rape charge, an offence which the police say, is contrary to Section 283 of the Penal Code.

Hajiya Dikko did not take the pleas of the accused persons as she reminded them that their offence is only triable by the high court.

Police prosecutor, Inspector Sani Ado, told the court that investigation into the case was in progress and requested for a new date.

Meanwhile, a 20-year-old farmer, Hassan Sule, has also been remanded in prison custody on the orders of the magistrate court for criminal trespass, intimidation and rape.

Sule, according to the police, on April 26, ‘criminally trespassed’ into the house of one Salamatu Alhaji Adamu, 50 at Dantakum village in the Dan Musa Local Government Area of the state and forcefully had sexual intercourse with her after threatening to kill her with a cutlass.