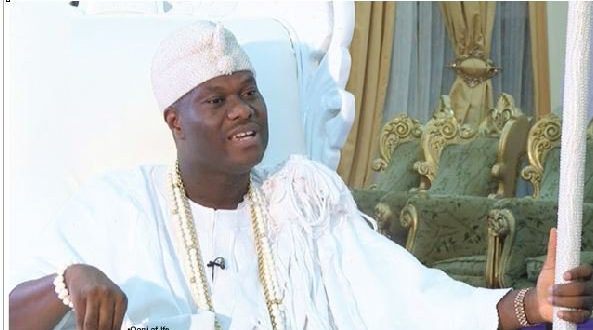 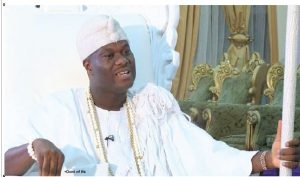 The Ooni of Ife, Oba Adeyeye Ogunwusi Ojaja II, will embark on a 10-day historical visit to Brazil in June, to strengthen the cultural ties between both countries.

The visit will strengthen the cultural affinities between the blacks in Brazil and Yorubas in Nigeria with a view to using cultural heritage to harness an economic partnership that will benefit the two countries.

Mr Moses Olafare, the Director, Media and Public Affairs of Ooni’s Palace, made this known in a statement made available to the News Agency of Nigeria (NAN) on Thursday, in Ile-Ife.

Olafare said the trip would also strategically enable the African foremost monarch to showcase tourism potential of Nigeria to attract Brazilians to the country under the diaspora programme.

“The visit will open an heritage house as an export point for Nigerian businesses under the Nigerian Diaspora Exchange of the Nigerian Export Promotion Council(NEPC).

“As the Spiritual Head of Yoruba race globally, Ooni Ogunwusi is saddled with the responsibility of uniting African descendants of Yoruba extract throughout the world estimated to be more than 500 million in over 80 countries.

“Ooni Ogunwusi recently honoured the outgoing Brazilian Ambassador to Nigeria, Mrs Maria Auxiliadora Figueiredo with Oodua Descendant Award of Excellence in recognition of her efforts in promoting cultural exchange between Nigeria and Brazil.

“Fuggueiredo attaches utmost importance to the South American country recalling that over 13 million people, most of whom were Yoruba were taken from Africa to Brazil via Bahia, many centuries ago.

“The population has greatly increased as we today have about 80 million Brazilians claiming their ancestral root back to Ile-Ife in Yorubaland and still keeping our heritage intact till date in their country.

“This also informed Ooni’s choice of States of Bahia, Rio De Janeiro and Minas where the Yoruba cultures are being proudly showcased to be the historical visit destinations.”

Olafare said that Ooni Ogunwusi would be in Salvador de Bahia to declare the City of Bahia as the spiritual Capital of all Yorubas in the Americas.

“He will be in Rio de Janeiro to present a message on religious tolerance and peace at the State Parliament and also meet with the business community.

He said that traditional ruler’s visit would mark a new beginning with giant strides capable of strengthening the age long diplomatic ties between Nigeria and Brazil.

“This will allow cultural, economic and spiritual exchanges that will yield revenues for our people.”