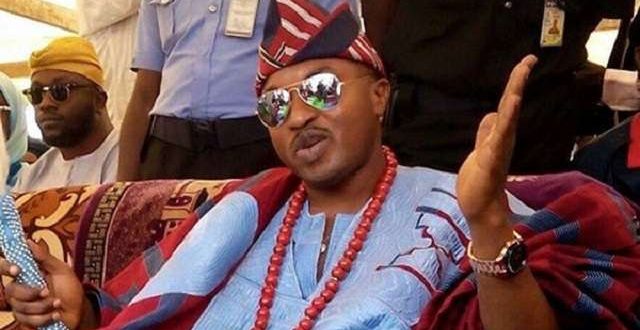 The Oluwo of Iwo, Oba Adewale Akanbi and the League of Imams and Alfas in the South-West, Edo and Delta states are at loggerheads over the propriety or otherwise  of the monarch to install Yaquob Abdul-Baki Mohammed as the Waziri of the entire Yorubaland.

The President, League of lmams and Alfas, South-West, Edo and Delta states, Sheikh Jamiu Bello, in a letter to  Oba Akanbi, urged him to restrict the title to his domain, Iwo.

The League said Oba Akanbi lacked the power to install anybody as the Waziri of the entire Yoruba land because his domain was limited to Iwo town.

The letter read, “The proposed installation of the said recipient by your Highness as the Waziri of Iwo land is no doubt the result of your avowed commitment to the development of lslam, the lwo Community and Osun State in general

“However, it is our considered hope that your Highness should as a matter of urgency correct the rumours making the round that the organisers of this event are trying to overblow the ceremony to capture the entire Yorubaland. This is not right.”

“If such should be, it has to come through due process as we know you to be a man of honour, protocol and due process”

“To this end, we urge Your Highness to immediately call the organisers of the event to limit it to Waziri of Iwo land which your Highness has concluded arrangement to bestow on the recipient.”

The Oluwo could not be reached for his reaction to the Imams’ letter but his Chief Press Secretary, Mr. Ali Ibrahim, who spoke on his behalf, said his principal had the right to install anybody as the Waziri of the entire Yorubaland because of the paramount role of Iwo in the South-West region.

Ibrahim said, “Everybody knows that Iwo is called Ilu Alfa (Alfas’ town) and whoever is the king in the town is the number one Muslim in Yorubaland because there is no town with such rich Islamic tradition in the South-West.

“Iwo has been installing Oluwo with turban and not crown for the past 450 years. There is no town that does that in Yorubaland. What the Oluwo is doing is to install a structure in Islam in the South-West.  In the North, the Sultan is the head of all Muslims and Alfas there.

The Oluwo is more than qualified to install anybody he likes as the Waziri. It is not the chieftaincy title under the authority of Imams and Alfas. I invested it and they can’t stop me.

“Iwo is called town of Alfa and that is the only town that is called that in the entire Yoruba land. There must be a structure in Islam in Yorubaland and I am starting it because I am qualified to lead the way.”