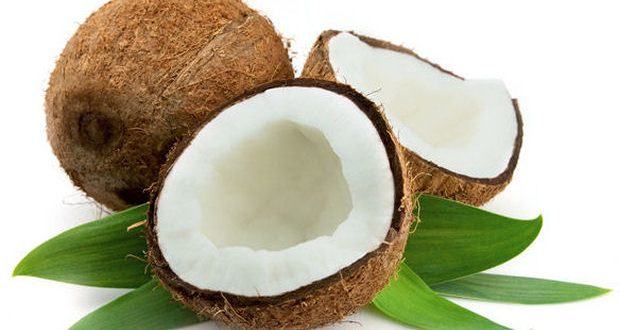 It may not be mere coincidence the explosion in popularity of coconut water. Experts have found that taking coconut water during pregnancy can help a woman boosts the fertility of her children, especially now that the level of male fertility globally has declined appreciably.

Researchers found that coconut water reverses the after effect of high fat diet many women consume which adversely programme their children to develop a preference for fatty foods and obesity during childhood or adulthood.

In the study, researchers said its fat-lowering (hypolipidemic) effect resulted in significant reductions in weight of pups of pregnant rats that had coconut water with their high fat diet. It also lowered the blood cholesterol level in the pregnant rats.

The study, at the sideline of 2017 iResearch meeting and fair of the College of Medicine, University of Ibadan (UI), included Olufadekemi Tolulope Kunle-Alabi, Opeyemi Akindele and Yinusa Raji from the university’s Department of Physiology. It was organised by the College of Medicine Research and Innovation Management (CRIM) unit.

According to the researchers, the findings of the study suggest that coconut water is protective against maternal high fat diet-induced changes.

The nutritional status during pregnancy has an immense influence on the health of both the mother and her unborn baby. Studies have suggested that obesity and poor nutrition may decrease the fertility of future offspring of a woman.

In fact, a study suggested that excess weight gain and poor nutrition can affect the egg reserves in female offspring, thus putting the daughters at a higher risk for infertility in the future.

They, however, added that further studies are on going to determine the actions of coconut water of maternal high fat-diet induced foetal programming of adult health.

Meanwhile, the Provost, College of Medicine, UI, Professor Olubunmi Olapade-Olaopa, speaking through his deputy, Professor Babafunke Denloye, declared that the iResearch meeting and fair was established to promote the spirit of research and discovery as well as contribute to local and global development through innovations.

He stated that it was to serve as a platform for creating synergy for collaborating research that will enhance knowledge beyond what each investigator can accomplish independently.

UCH’s Chief Medical Director, Professor Temitope Alonge who noted that UCH cannot be dissociated from the College of Medicine, called for increased translational research in the university, saying it was the best way to ensure research findings better impart and inform policies.

Although past ranking had rated the University of Ibadan as first in the whole country, he declared that imbibing translational and interdisciplinary research would further lift the image of the college.

Chairman, CRIM, Professor Sola Ogunniyi said what were showcase were achieved despite the scare resources for research, adding that the exercise was to further encourage fruitfulness in research.

According to him, collaboration is important for better research output, visibility and networking, adding that the era of researchers working in silos is gone.

Meanwhile, previous evidences had suggested that drinking coconut water is beneficial both for the growth of the baby and the pregnant women as well.

Coconut water helps to prevent constipation. It is rich in fibre and helps in the proper movement of the bowels. Constipation is one of the most common problems during pregnancy.

Water consumed in any form prevents the body from urinary tract infection (UTI). Intake of coconut water can help to increase the frequency of urination,  which ultimately reduces the chances of infection. Pregnant women are more prone to UTI.

Previously, experts had suggested that coconut water taken to quench thirst could also help to correct irregular menses.  They stated that it possesses s3x hormone-like activity that can help boost fertility because of its effect on the menstrual cycle.

In a preliminary investigation of the effect of coconut water on reproductive functions of female Wistar rats, these group of researchers had earlier said that it could enhance the regularisation of irregular menstrual cycle and promotion of the onset of the proestrus phase of the menstrual cycle.

In a 2015 study they published in the journals of the Archives of Basic and Applied Medicine, they indicated that there was a significant reduction in menstrual cycle length in animals treated with coconut water, thus translating to more regular menstrual flow.

Similarly, in 2016, they added that coconut water could improve semen quality and testosterone levels in male rats.

@CitizenOsun
Previous Ovarian cancer on the rise in Nigeria —Expert   …SAYS, BREAST CANCER STILL COMMONEST TYPE OF CANCER IN MEN, WOMEN
Next ALL PARTS OF MY BODY ARE HOT! – Budding Actress; Emmanuela