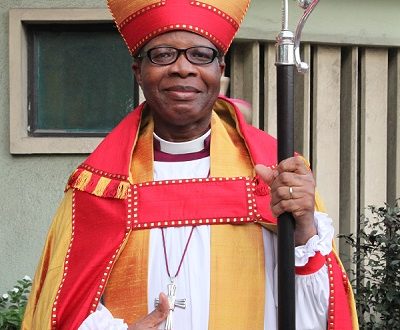 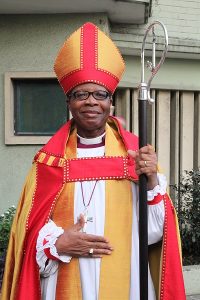 The Church of Nigeria (Anglican Communion) on Tuesday denied media reports alleging that some bishops were financially induced to elect the Bishop of Osun North East, Rt. Rev Humphrey Olumakaiye.

He is to take over from retiring Most Rev. Adebola Ademowo as the Bishop of Lagos.

The clarification was contained in a statement made available to journalists by the church’s Episcopal Secretary, Rt. Rev David Onuoha.

Onuoha explained that an election was held on February 6 based on the constitution of the church after the concerned diocese had preferred the transition of a bishop from another diocese to the consecration of a new bishop.

He said after due nominations, the election was held between Olumakaiye and Most Rev. Michael Fape.

Onuoha said the voting was by secret ballot and  bishop Olumakaiye polled 109 against Fape’s 51 to emerge the winner.

He said it was therefore uncharitable to attempt to smear the image of the church’s Primate, Most Rev Nicholas Okoh, instead of thanking God for the numerous blessings He has granted the church since the inception of Okoh’s administration.

The statement read, “The attention of the Episcopal Synod of the Church of Nigeria (Anglican Communion) has been drawn to publications in the social media about the February 6 election of a successor to the incumbent Bishop of the Diocese of Lagos, who retires in August 2018.

“These publications are obviously not intended to do any good to the church. They are in the least intended to misinform and mislead the unsuspecting public.

“This particular election was held alongside four others at the Cathedral Church of St. Barnabas, Ilorin in the Diocese of Kwara, Kwara State in accordance with the church’s laid down rules and regulations. The event was free and fair.

“A total of 161 bishops participated and pursuant to the provisions of Canon V of the Constitution and Canons of the Church of Nigeria 1997 (as Amended), candidates were nominated after the advice from the diocese, which favoured translation, had been circulated and read. The procedure before every election in the House of Bishops is to appoint a team of returning officers to collate the results.

“This was strictly followed with the Rt. Rev Sosthenes Eze, bishop of Enugu North diocese, leading eight other bishops to perform this sacred duty.

Only two candidates, Most Rev. Michael Fape and Rt. Rev. Humphrey Olumakaiye were duly nominated and seconded by highly respected members of the house without any objection raised against any of them.

“After the voting which was by secret ballot, the result was declared as follows: Most Rev. Michael Fape -51; Rt. Rev Humphrey Olumakaiye – 109; Absention – 1.

“By this result Rt. Rev Humphrey Olumakaiye, Bishop of Osun North East became duly elected for translation to the See of Lagos.

“The Primate as the President of the Episcopal Synod statutorily calls for nominations, and after the voting and counting of votes by those responsible, announces the results as submitted by the chief returning officer. Votes are cast, counted and results declared in the full glare of the general house.

“It is, therefore, uncharitable to attempt to smear the image of our beloved Primate, Most Rev. Nicholas D Okoh, instead of thanking God for the numerous blessings He has graciously granted His church since the inception of this administration.”
– Punch Newspaper
Anglican communion Bishop Adebola Ademowo 2018-02-20
Dotun Olanibi
Share