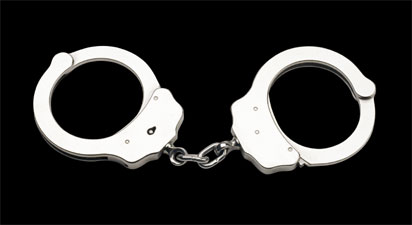 Operatives of the Osun State Police Command have raided another shrine suspected to be ritualists’ den in Ilobu Town in Irepodun Local Government Area of the state.

According to the Commissioner of Police, Mr Fimihan Adeoye, who led the operation, the shrine which is a centre for nefarious activities, is reported to be the hideout of suspected ritualists.

The shrine is situated around Molete area of Ilobu, housing many shrines and extending to several adjoining houses in the area.

Addressing reporters on Saturday, the police commissioner said: “We acted on a reliable tip-off which led to the arrest of two brothers of the same parent while their kingpin and leader is still at large.”

“A dungeon with a path that connects one of the shrines to another was also discovered when the den was searched. Several statues and hundreds of bottles of alcoholic drink were also seen scattered around the shrine,” he added.

Mr Adeoye revealed further that some shallow graves were also seen scattered around the shrine while an investigation has begun to ascertain if they are graves of fraud victims who might have died while in the custody of the suspects.

“We knew they were operating on a large scale fraudulent activity but we cannot report them because of the fear of been attacked,” one of them said.

One of the victims of the fraudsters (who doesn’t want his name revealed) lamented that he was defrauded of more than N11million.

On his part, Adeoye urged the public to cooperate with the police by providing reliable information, just as he assured them of their safety.