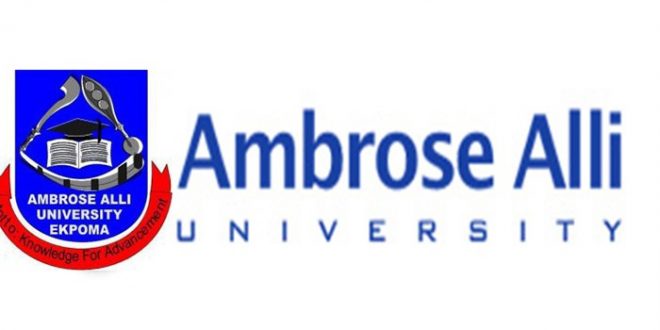 No fewer than two students of the Ambrose Ali University, Ekpoma, have reportedly died in an auto crash in Esan West Local Government Area of Edo State.

It was learnt that the incident occurred within the main campus of the institution on Wednesday.

One of the deceased was identified as one Ebere and said to be a 300-level student of the Faculty of Education.

But the university’s Public Relations Officer, Mr. Edward Aihevba, said he did not have any report bordering on fatality.

“All kinds of things will be said when there is an incident, but not all of them are to be believed. I do not have information of any fatality.

“There were several casualties that were rushed to the hospital. For now, I do not have any confirmation of any death,” Aihevba added.

It was gathered that some students had boarded an 18-seater bus, which operated as a private campus shuttle, in a bid to get to their respective departments.

According to a source in the university who spoke on the condition of anonymity, no sooner had the shuttle left the bus park near the school gate at about 7am than it somersaulted.

Our correspondent learnt that the impact left Ebere dead on the spot, while another student died later in the hospital.

The remaining 16 passengers and the driver were said to have sustained varying degrees of injuries.

It was learnt that some of them in critical conditions were taken to the Irrua Specialist Teaching Hospital for medical treatment.

The source said, “The students boarded the bus from the school gate. Shortly after, the bus somersaulted. A girl died and many others were injured.

“I do not think that the bus was moving with speed because there are speed breakers on the road. But the road is sloppy.”

It was further gathered that while the incident threw the entire university into mourning, students of the Faculty of Education abandoned their classes in honour of their departed colleague on Thursday.

The spokesman for the university told our correspondent that a an investigative committee has been set up by the Vice-Chancellor, Prof. Ignatius Onimawo, to unravel the circumstances surrounding the accident.