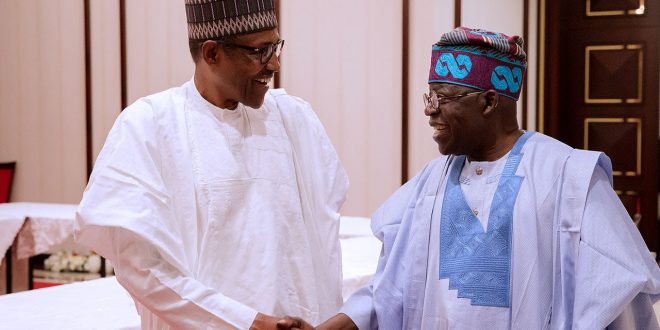 A former governor of Lagos and leader of the ruling All Progressives Congress Bola Ahmed Tinubu has been selected to lead the party’s consultation, reconciliation and confidence-building efforts, a presidential spokesman said on Tuesday.

Apart from the criticisms against President Muhammadu Buhari’s handling of major problems facing the country by high-profile former supporters, the APC is facing internal wrangling in a few states.

In Kaduna State, Senator Shehu Sani has an on-going spat with Governor Nasir El-Rufai, while former governor of Kano State Rabiu Kwankwaso is at odds with his former deputy and the current governor of the state, Umar Ganduje.

While both Kwankwaso and Sani are still members of the ruling party, there were rumours they both might defect to the opposition People’s Democratic Party.

The move might have a far-reaching implication for the ruling party, which has come under intense criticisms in recent weeks.

In January, former president, Olusegun Obasanjo, who, like Buhari, also led the West African country as a military man and as a civilian, said the Nigerian leader’s performance in office since 2015 does not merit another four-year term.

He accused Buhari of nepotism and deception while noting that the president “is weak in the knowledge and understanding of the economy.”

“The lice of poor performance in government – poverty, insecurity, poor economic management, nepotism, gross dereliction of duty, condonation of misdeed – if not outright encouragement of it, lack of progress and hope for the future, lack of national cohesion and poor management of internal political dynamics and widening inequality – are very much with us today,” Obasanjo said in a 13-page statement titled ‘The Way Out: A Clarion Call for Coalition for Nigeria Movement’.

Obasanjo’s sentiments were re-echoed in a statement by Kassim Afegbua, a spokesman for another former Nigerian military ruler Ibrahim Babangida.

“I do not intend to deny President Buhari his inalienable right to vote and be voted for, but there comes a time in the life of a nation when personal ambition should not override national interest,” Afegbua said in the statement allegedly on behalf of the former head of state.

While Babangida has allegedly denied authorising the statement, Afegbua insisted on national television that his boss was aware of the content of the statement.

He has since been declared wanted by the Nigerian Police.

But in another statement, personally by Babangida, he tacitly underscored some of the criticisms against Buhari, especially the handling of clashes between farmers and herders in states like Benue, Adamawa, Plateau and Taraba.

“It is worrisome that political events and civil unrest in many parts of the country has raised many questions on the governance and unity,” Babangida said.

“It will be recalled, that in my message to this year’s Armed Forces Remembrance Day, I specifically expressed the dire need for proactive measures to stop farmers/herders clashes in the middle belt, cattle rustling, armed robbery, Kidnapping, gangsterism and cultism. Our security agencies have to step up surveillance with more efforts on intelligence gathering for maximum success.”