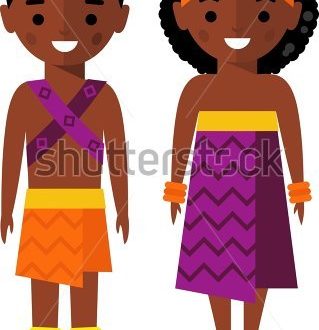 WHY WOMEN LIVE LONGER THAN MEN

… As Life Expectancy For Nigerian men Drops To 50 Years

According to the World Health Organisation, WHO, the life expectancy at birth and at age 65 is improving globally as a result of better adult and child health, as well as improved maternal care.

But while the  average life expectancy for women at birth will most likely exceed 85 years, women in African countries like Nigeria may not fare as well as Asian and European counterparts, even as the gap in life expectancy between males and females shrink, according to The Lancet.

The large international study reveals that more countries in the developed world will continue to witness higher life expectancy than in the developing world in the next 15-30 years.

Overall, average life expectancy will rise in many countries by 2030, breaking through 90 years in some places,but is expected to still be relatively low in Nigeria  and policymakers  may have to make more efforts to plan for the increase in longevity.

South Koreans to live longest:  According to the study, South Koreans are likely to have the highest life expectancy in the world by 2030 and the United States one of the lowest among developed countries.

Overall, average life expectancy will rise in many countries by 2030, breaking through 90 years in some places, and policymakers need to make more efforts to plan for it.

“The fact that we will continue to live longer means we need to think about strengthening the health and social care systems to support an ageing population with multiple health needs,” said Majid Ezzati, the lead researcher and a professor at Imperial College London’s school of public health.

Study outcomes: Led by Imperial scientists in collaboration with W HO, the study found that among high-income countries, the United States is likely to have the lowest life expectancy in 2030, with men and women expecting to live 79.5 and 83.3 years respectively – similar to middle-income countries like Croatia and Mexico.

This was partly due to a lack of universal healthcare in the United States, and also due to factors such as relatively high child and maternal mortality rates, and high rates of homicides and obesity, the study said.

South Korea came out top of the predictions, with the researchers predicting a girl born in South Korea in 2030 should expect to live 90.8 years, while a boy could reach 84.1 years.

Upper limit: “Many people used to believe that 90 years is the upper limit for life expectancy, but this research suggests we will break the 90-year-barrier,” Prof Ezzati said.

“We repeatedly hear that improvements in human longevity are about to come to an end.. (but) I don’t believe we’re anywhere near the upper limit of life expectancy – if there even is one.”

South Korea’s much greater average life expectancy is expected to be due to  factors including good childhood nutrition, low blood pressure, good access to healthcare, and newer medical knowledge and technologies.