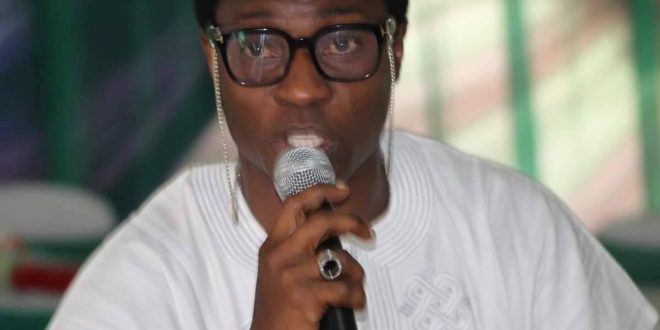 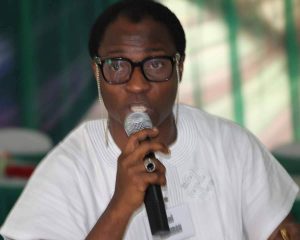 As the build up to the forthcoming governorship election slated for September 2018 in the state of Osun gathers momentum, a youth association made up of professionals from different fields covering health, academics, law, media, entertainment, real estate, finance, telecommunications, IT alongside others who are indigenes of Osun state named “League Of Osun Professional Youths” has thrown its weight behind one of the aides and loyalists of Governor Rauf Aregbesola as the right person to succeed him.

In an exclusive chat with OSUN CITIZEN, the Director General of the group; Femi Aluko said someone of Femi’s caliber is needed at this time to carry on with the developmental initiatives of Aregbesola. Using the example of Lagos as a case study, he explains:

” Take a look at how Asiwaju Bola Ahmed Tinubu, a strong politician who fought vigorously throughout his 8 years to solidify AD in the state just like Aregbe is doing now, then handed over to strategic and dynamic professionals to execute and preserve his paid down developmental blueprints.”

“Remember that he (Asiwaju) confided in some people that he would have gotten it totally wrong if he had chosen any of Afikuyomi, Hakeem Gbajabiamila and co who were jostling for the post but had nothing to offer beyond the fact that they were popular politically.”

“That is the same situation we are having in our dear state of Osun today. You see different characters with no idea of what governance is all about, saying they want to become governor next year.
Most of the names being presently peddled are too politically minded and motivated, and that will be their main focus if they get in at the expense of working hard to create new economic opportunities that will improve the well-being of the people and the wealth of the state.”

“We all know Femi and we know what he is capable of. He is young, vibrant and energetic. He is not new in terms of human and resources management. Check his record in GT Bank and Wema Bank.”

“This man has also worked with Aregbesola so he is not a novice. One other plus about him is that he is well connected locally and internationally.”

“A typical politician without contacts beyond Osun and Nigeria will only be relying on Federal Allocation to run the state but what the state need now are people with good contacts to pull real investments into the state to create jobs outside of the Public Sector for citizens. When there is job for everyone, the economy will boom”

“We have to put the most qualified, exposed with track record of excellence in government so that the assets and established legacies of the present government of Aregbe won’t deteriorate and go to ruin just like some politicians in the state are already threatening to do.”

We dont want some people with destructive agenda to come on board and set us 20 years backward, no, we dont want that.”

“Look at the Lagos example i used earlier; from Tinubu to Fashola and now Ambode. Fashola and Ambode are thoroughbred professionals who had no political weight on their own and thus had no choice than to concentrate on the job of Governance. Government should be a continuum.
That is why Lagos is what it is today and its now a model for other states nationwide.”

“So without any form of prejudice, we call on people across all the senatorial districts, federal constituences, local governments, wards, cities, towns and villages to support this young man because the likes of him are the people that can move the state forward.”