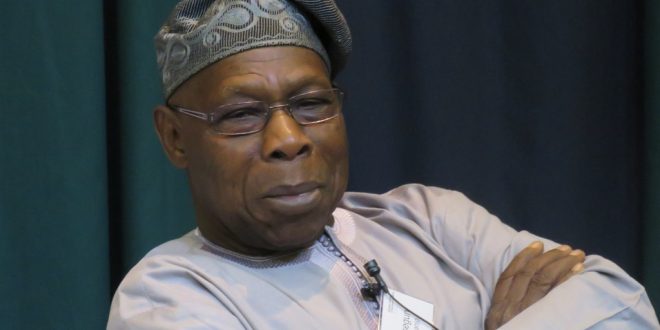 Former President Olusegun Obasanjo on Thursday registered his membership of the Coalition for Nigeria Movement (CMN) in Abeokuta, Ogun State.

The event took place inside a hall at the Nigeria Union of Journalists (NUJ) secretariat in Abeokuta.

The ex-President arrived the NUJ secretariat with a team of security operatives, politicians including former Osun State Governor, Olagunsoye Oyinlola, his Cross River State counterpart, Donald Duke and hundreds of enthusiastic residents desirous of registering their membership of CMN.

Obasanjo registered his membership at 12:52pm, declaring that it has become imperative for the nation to “rethink and retool the way” things are done today if the country hopes to witness true development, unity and cooperation.

The ex – President said Nigeria must change for better, adding that the real change must be brought about by the nation’s youth and women who were often the direct victims of  bad system.

He said the registration was a follow up on his  letter to President Muhammadu Buhari where he spoke extensively on the state of the nation.

He also lamented that the present security arrangement in the country negated the federal character principle as enshrined in the constitution.