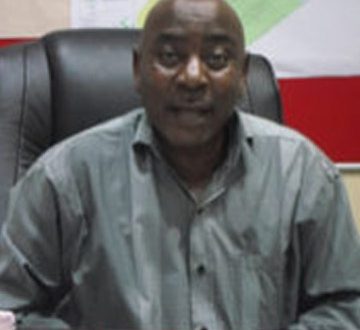 He was said to have died in the early hours of Sunday after a brief illness.
Though circumstances surrounding his sudden death were still sketchy as of the time of filing this report, the All Progressive Congress (APC), Osun State chapter has described his demise as shocking and sad, saying his invaluable contributions and service to the state would remain indelible in the memory of the people.
In a statement of signed by the party’s secretary in Osun, Hon Rasaq Salinsile, APC lamented that the death of Amuda, an indigene of the Iwo community was not only a great loss to Osun but also to Nigeria at large.
The statement reads, “Osun has lost one of its leading stars, whose contributions to the development of the state would be greatly missed. Late Amuda served as Special Adviser on Works and Infrastructures during the first term of Governor Rauf Aregbesola and was an active member of the ruling party in the state until his death. He was always bothered about how to move the state forward.”
“On behalf of Osun APC and Iwo community, we identify with Amuda family at this trying period and pray that God Almighty will comfort them and grant his soul perfect rest.”
– Nigerian Tribune
Engineer Sabitu Amuda 2018-01-15
Dotun Olanibi
Share