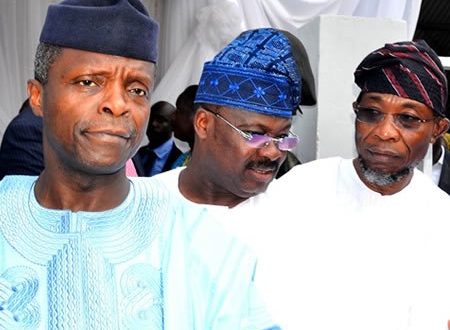 Others at the summit included notable traditional rulers, including the Timi of Ede, Oba Munirudeen Adesola Lawal, Orangun of Oke-Ila Orangun, Oba Adedokun Abolarin and Oluwo of Iwo, Oba Abdulrasheed Adewale Akanbi
The summit which was organised by Development Agenda for South West (DAWN) in conjunction with Osun State Commissioner for Regional Integration, Mr Bola Ilori was aimed at producing a thorough 25-year master plan that would serve as a template for the socio-economic and political growth of the South West region.
In his opening remark, Ilori explained that “we want to use this summit to affirm that “in spite of challenges of the South West region, concrete efforts were being made to channel a viable roadmap for the future of our youths. There is need to engage critical stakeholders of the region in the 25 years development master plan, on ethnicity, South West development,  there is a lot of inputs that would be derived from this gathering. Inclusive governance cannot be complete without the youth”.
Also speaking, the acting director of DAWN, Mr  Seye Oyeleye emphasised that “it was imperative for 25 years masterplan  of this region to have healthy inputs of the youth, we want to produce a document that is a living organism, that can be used as credible guide to aid the development of the region in the future.
He stated, “we want to think outside of the box. We are looking forward to robust, meaningful and non-partisan contributions that would enhance the steady growth of our nation now and most especially in the future. In South West, we  don’t want to depend on the  monthly allocations from the federal government by planning socio-economic future of our region.”
– Nigerian Tribune
Bola Ilori 2018-01-10
Dotun Olanibi
Share