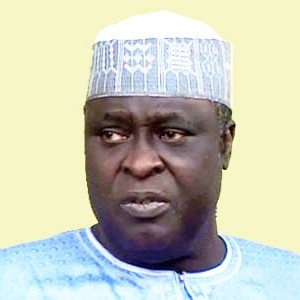 WHERE IS TAFA BALOGUN ?

WHERE IS TAFA BALOGUN?

Since he completed his jail term of six months at Kuje Prison, Abuja on February 9, 2006, Mustafa Adebayo Balogun, the former Inspector General of Police has been an elusive man.  The last time he was seen at a public event was two years ago when he, alongside other ex-IGs, visited the Presidential villa on the occasion marking Nigeria’s 55th independence anniversary. Before that outing,

Balogun had celebrated his wife Olufunke’s 60th birthday, three years ago at an event held at the family’s Lekki home. He was seen with top police men at that occasions. Balogun’s Travail  On April 4, 2005, Tafa Balogun was arraigned at the Federal High Court, Abuja for stealing and laundering of over $100 million in his three years as Inspector General of Police from the Police treasury. The Economic and Financial Crimes Commission (EFCC) under Nuhu Ribadu brought 70 charges against him, covering the period from 2002 to 2004 when he was the Inspector General of Police. He made a plea bargain with the court in exchange for returning much of the property and money.

He was sentenced to six months in jail. Judge Binta Nyako said her sentence reflected that Balogun was a first offender and had shown remorse.  He was directed by the court to pay N500, 000 on each of eight counts charges totaling N4 million. His trial was full of drama. One of such was when he collapsed on his seat on June 29, 2005, at the Abuja High Court.

The former police boss, who pleaded guilty to eight of the 56 count-charges directly affecting him, was convicted and sentenced to six months in each of the charges, which is however to run concurrently. He was released on February 9, 2006 after serving his sentence, part of it at Abuja’s National Hospital.

While reacting to the court judgement, the then EFFC chairman, Nuhu Ribadu said, “So, Tafa Balogun was my boss as the Inspector-General of Police, but he crossed the line. He did things that were wrong and was brought to our attention, and the law took its course.” In February 2009, the then Chairman of the House Committee on Police Affairs, Abdul Ahmed Ningi, asked Inspector General of Police Mike Okiro to provide details of the money recovered from Tafa Balogun, a request that he passed on to the then EFCC chair person, Mrs Farida Waziri.  However, the EFCC stated that they did not have records of the exact properties recovered from Balogun. It was said that some of the houses had been secretly sold to certain individuals at give-away prices.

In April 2009, the House of Representatives Committee on Police Affair invited Tafa Balogun, Mike Okiro and Mrs Farida Waziri to explain how the N16 billion allegedly recovered from Balogun went missing. His Career in the Police force Balogun became IGP in March 2002, replacing Musiliu Smith. He introduced proactive policing, and the eight-point crime control strategy on assumption of office.

Six Deputy Inspectors General of Police were appointed to work alongside him. These are D.I.G “A”, headed by Mr. Sunday Ehindero, now a former Inspector General of Police, D.I.G ‘B’, C,D,E and F all representing the six geopolitical zones of the country.  He christened the DIGs and himself the management team of the police hierarchy.

His eight-point crime control were: Massive onslaught against armed robbery, gruesome murder/assassination and other crimes of violence, the methodology through which this will be achieved was christened “Operation Fire for Fire”, Fast and decisive crisis/conflict management, comprehensive training programme for qualitative policing, Anti-corruption crusade both within and outside the force,  robust public relations necessary for our vision of “People’s Police”, community partnership in policing.

The modern approach all over the world, inter service/agency cooperation at all levels and down the line as well as improved conditions of service and enhanced welfare package for all officers, inspectors and rank and file”. Between 2002 and 2004, the Nigeria Police arrested a total of 19,135 robbery suspects, 6,815 were killed, 12,006 fire arms and 472,020 ammunitions were recovered while 2,148 stolen vehicles were also recovered.

During the period, 172 policemen were killed in operations, while 151 were injured. Apart from enhancing its operational capabilities, he also ensured that police welfare was adequately taken care of, this was through promotions welfare insurance scheme and training. In the area of promotion, over 170,000 policemen were promoted between 2002 and 2004, which is more than the promotions that had been carried out in the force from 1930 when the Nigeria Police force was founded.

Also, over 721 policemen killed in operations were said to have enjoyed the welfare insurance scheme, which is meant to serve as succour for the next of kin of policemen killed in the line of duty. The insurance was said to be paid within 14 days of death. Tafa Balogun also did not take the training of officers and men of the force lightly as over 147,347 officers and men went on various courses locally between 2002 and 2004.

On corruption of which himself was a victim, especially in the area of extortion, Tafa dismissed over 1,200 police officers for various acts bordering on official corruption in his three-year tenure. He introduced regular payment of salaries and allowances as well as community policing for which a number of officers went on courses abroad.

Balogun attended the University of Lagos and graduated in 1972 with a B.A. in Political Science. He joined the Nigerian Police Force in May 1973.  Born on August 8, 1947 at Ila-Orangun in Osun State, Tafa Balogun, was the 21st Inspector-General of Police. He was a member of cadet Assistant Superintendent of Police (ASP) Course 3. Having worked in various Police commands throughout the federation, and earning his promotions as at when due, Tafa, was at a time, the Principal Staff Officer (PSO) to former Inspector-General of Police, Muhammadu Gambo, Deputy Commission of Police Edo State, the pioneer Commissioner of Police in Delta State.

He was also CP in Rivers and Abia states. Tafa, a fellow of the premier highest military institution in Nigeria, the National War College, later became the Assistant Inspector General of Police A.I.G Zone One, Kano, from where he was named the 21st IGP of Police on March 6, 2002.

Balogun focusing on private business  In 2005, shortly after a court judgment was pronounced, he told newsmen that he would bounce back. However, 12 years after, Tafa Balogun has remained silent and out of public view. For now, nobody knows the whereabouts of the ex-IG, excerpt some of his loyalists and a few friends who confided to Daily Trust that Balogun now faces his private business and lives in his Lekki home in Lagos. Others said he frequents his ancestral home in Ila Orangun regularly and sometimes travel abroad.

Sources in police service said they don’t believe Balogun would venture into politics. “I don’t think he would want to go into politics because of what happened to him in the past despite of his achievements while in service. He is still bitter about it. Since he left the service, he hardly attends public function.

He prefers to live a low profile life,“ one of the sources said. Another close associate said even if the former Inspector General goes into politics, he will make a lot of impacts because of his experience. “He is still loved in the Nigeria Police. He commands a lot respect right now. But he is into private business and he wouldn’t want anybody to talk about politics around him because he’s still bitter about his incarceration,” he said.