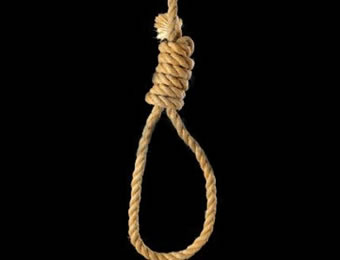 Welder commits suicide by jumping out of court window

A 41-year-old welder died tragically after he jumped from the third floor of the Ogba Magistrate Court in Lagos where he is standing trial for stealing an iron rod valued at N40,000.
The deceased identified as Wasiu Alowonle, died instantly from the impact his head made with the cemented ground below.
The sad incident occurred on Wednesday afternoon.
Alowonle was docked at Court 20 before Magistrate Mrs O.I. Raji on a one count charge of stealing but denied the allegation.
However, according to the prosecuting officer, Yomi Egunjobi, the deceased was earlier arraigned on October 16 on a charge of stealing an iron rod valued at N40, 000.
Egunjobi said that the accused had earlier been arraigned for stealing before an Ikeja Magistrate Court, Lagos but the case was struck by the court. After his discharged, He was again rearrested for stealing another item.
The Prosecutor expressed shock at the incident as he said no one was expecting him to jump out of the courtroom window.
“The accused was led into the witness box for the commencement of his trial but the Magistrate decided to stand down the matter to attend to some others on the course list.”
“It was during the announcement of the next case that he jumped off the window and smashed his head on the floor. He died immediately.”
“The court had already granted him bail in the sum of N20,000 with one responsible surety.”
“The accused has been in custody at Kirikiri prison for over a month now and was brought to court on Wednesday, 6th December in order for trials to commence,” he said.
“He had only appeared twice before the count since his arraignment and this was the second adjournment,” he said.
Egunjobi further said that the Lagos State Emergency Management Agency (LASEMA), in connection with the prison authorities, after obtaining a police report, took the deceased’s body to the mortuary.
However, one of the court security guards, who pleaded anonymity, said he believed that the accused man was enchanted by a spiritual force to commit suicide.
The guard said that the accused man was already looking pale and frustrated when he was brought in by prison warders for trial.
“I believe that he was pulled by a spiritual force to kill himself. His jumping off is not ordinary especially for someone who has been in kirikiri for months. He was wearing a white t-shirt, and a pair of blue jeans when he was led into the witness box for his trial.
“Before the prison guards could grab him, he had already jumped off and landed on the ground.
“He died on the spot because his head was badly smashed while his right hand was fractured.
Commenting on the tragic incident,  a lawyer, Mr B.A Momodu, said that he suspected the accused acted out of frustration over prison official’s treatment.
“The condition of the prisons in the country is bad and the manner suspects were being subjected to hardship by the officials of the prison service was terrible.”
– Nigerian Tribune
Ogba magistrate court 2017-12-07
Dotun Olanibi
Share