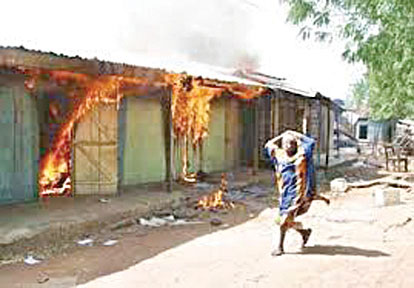 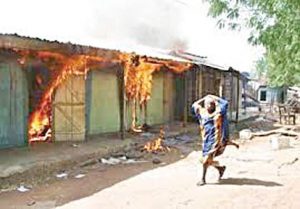 …2 others killed by high voltage

It was learned that four children have lost their lives in seperate  attacks after their apartments were set ablaze by unknown arsonists who threw petrol into their home through the windows.

Two children of one Sidney Nwaiga, a warder at the Federal prisons, Ogwashi-Uku and Pastor with the Redeemed Christian Church of God were among the latest victims of the attacks.

It was gathered that the children were sleeping at their residence at Ubulunor Road, when the arsonists struck.

The cleric sustained severe burnt while trying to rescue the children who later died as they were being rushed to the Nnamdi Azikiwe Teaching Hospital Nnewi, Anambra State.

Sources said a woman also lost her two children in Isah Road area of the community in a similar circumstance. Meanwhile, a woman and her child reportedly died as a burning ceiling arising from a high voltage at their residence fell on them while asleep.

In a related development, a female student of the Delta State Polytechnic, Ogwashi-Uku,  also received severe burns when an unknown person throw petrol into her room.

Contacted yesterday, the State Police Public Relations Officer of the State Command, Mr. Andrew Aniamaka, said the cases were not reported to the police.

“We are however intensifying investigation to curb further occurrences,” he said.