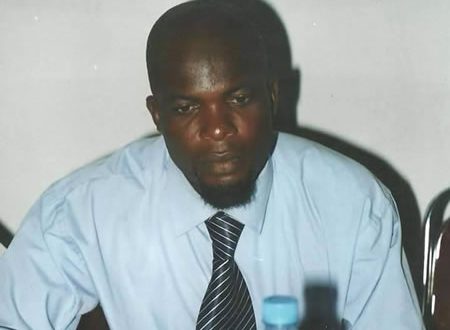 There was confusion in Araromi Oke community in Ekiti East Local Government Area of Ekiti State as a popular radio anchor, Mr Abul-Ganiyu Lawal, popularly known as “Opejuole” was found shot dead during a hunting expedition.

Forty-two-year-old Lawal was said to have gone for a night hunting expedition with some of his friends in Apepe farm settlement in the community when the tragedy occurred.

Sources claimed that the hunters had agreed that they would leave the forest at about 10pm on the night as, as according to them, they hadn’t planned to spend the night hunting for games.

But his colleagues became worried when they didn’t see him return throughout the Thursday night they had set out, just as his telephone number was also not going through when they tried to call him on the telephone.

They were said to have lodged a complaint at the Ilasa police station, which sources said cause the police to raise a search team to embark on a search for him.

The search team was said to have been hinted of a man lying by the road, and friends and relatives, who had also been searching for Lawal made for the description.

They later found Lawal’s body beside the bush said to have been been described by the villagers that were going to the farm on Friday morning.

Confirming the tragedy, the a public Relations Officer of the Ekiti State Police Command, Mr. Alberto Adeyemi, said the report had reached his desk.

Adeyemi said investigation into the incident had commenced on the matter and explained that no arrest had been made in the incident.

The late Lawal, a prominent member of Ekiti State chapter of Freelance and Independent Broadcasters Association of Nigeria (FIBAN), has been buried according to Islamic rites at his parents’ residence at Igbemo-Ekiti in Irepodun/Ifelodun Local Government Area of the state.

Some of his mourning colleagues, Mr Wumi Ajisafe (Coordinator of FIBAN in Ekiti East) and Mr. Abayomi Oluwafemi, a member of the association based in Ado Ekiti, lamented his sudden death and described the late Lawal as “a perfect gentle man.”