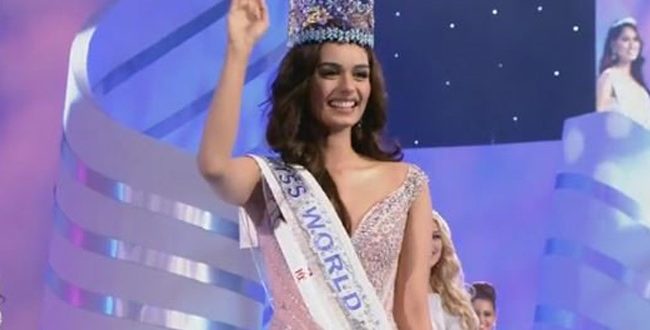 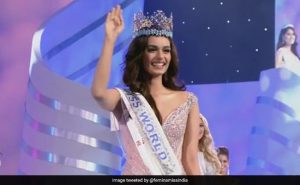 The 20-year-old Manushi Chhillar who hailed from Haryana India was on Saturday declared and crowned Miss World 2017 in China. Reports have it that her victory brought to an end the country’s dry spell of 17 years at the top pageant contest.

The 20-year-old from Haryana, who is a medical student, edged out top five contestants from England, France, Kenya and Mexico.

Chhillar was presented the crown by Stephanie Del Valle, the last year’s Miss World winner from Puerto Rico at the event in Sanya City Arena in China. Chhillar’s Miss World crown was made public on the pageant’s official Twitter handle as well as on its Facebook page.

“The winner of Miss World 2017 is Miss India Manushi Chhillar,” the tweet said. The first and the second runners-up were Miss England Stephanie Hill and Miss Mexico Andrea Meza.