Breaking News
Home / Entertainment / Baba Sala down with a stroke, cries for help 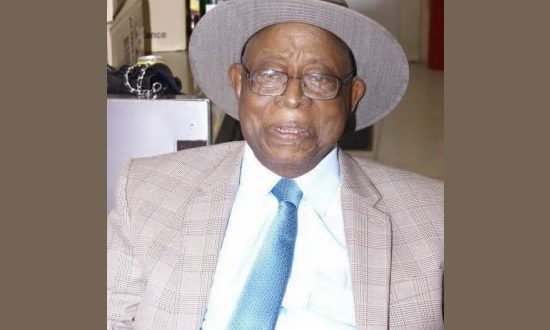 Baba Sala down with a stroke, cries for help

Veteran comedian, Moses Olaiya, popularly known as Baba Sala, has solicited the financial support of well-meaning Nigerians for him to be able to take care of his health.

The comedian, who sank into the background after enjoying patronage and limelight for decades, is said to be suffering from a stroke.

At a briefing held on his biography due for presentation on December 4, Baba Sala, who spoke with difficulty, noted, “I need help. Nigerians should help me. I am not dead yet, they should not let me die suffering.”

The one-time bride of the country’s entertainment industry looked frail and breathed with difficult at the event.

He could barely walk, as he was supported to the venue by two people.

Although he is 80, his family, including one of his wives, Funmi, said the octogenarian was not suffering from old age but lack of funds for medical treatment.

Baba Sala’s investments, according to his first son, Reverend Dele Adejumo, had all been wrecked by circumstances and poor management.

Adejumo said, “He has investments but they have all been wrecked by mismanagement. He also had a three-storey building in Mushin, Lagos which he had to sell to offset debt incurred when his work, Orun Mooru, was pirated. We still have some of his recorded works not in public yet but machines that will be used to transform them to an acceptable format are not easily available. We do not have the kind of money they are charging us.

“We have been told that baba needs a lot of money for medical treatment abroad. He is suffering from a stroke and other ailments. There are many people of his age who are not like this. We are trying our best as family members. We take him to the teaching hospital weekly but he needs proper medical attention.”

The book, ‘The Triumph of Destiny,’,which was co-authored by Babatunde Akinola, Collins Oyedokun, and Kunle Ajani, will be presented in Lagos.

“The book chronicles the pride of place that Baba Sala acquired for himself in the Nigerian theatre industry as the first comedian and consummate entertainer. It captures the antecedents and essence of the creative energies of a comical trailblazer,” Collins said.