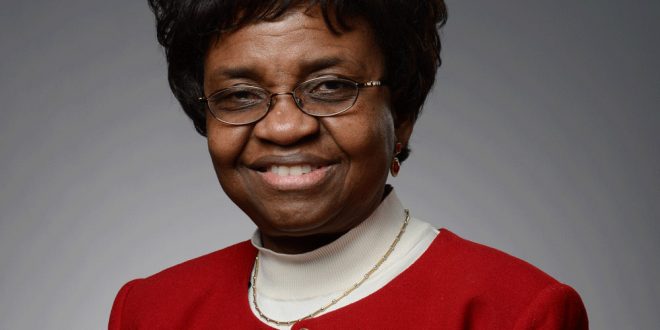 After two years, Sen. Adeyeye’s wife; Moji to be named as NAFDAC DG

Prof. Moji Adeyeye, the wife of the Chief Whip of the Senate, Senator Olusola Adeyeye, has been tipped as the next Director-General of the National Agency for Food and Drug Administration and Control, Sunday PUNCH can confirm.

Impeccable sources told our correspondent on Saturday that Federal Government officials had informed Mrs. Adeyeye, a professor of Pharmaceutics and Manufacturing Sciences, of her appointment and that the announcement would be made on Monday.

A source said, “I can confirm to you that she has received a call from the Federal Government on her new appointment and it will be announced by either the Secretary to the Government of the Federation or the President’s spokesman.”

Adeyeye, who has over 30 years’ experience, is the founding chair of Biopharmaceutical Sciences and professor of Pharmaceutics and Drug Product Evaluation at the College of Pharmacy, Roosevelt University in Schaumburg, Illinois.

She was a professor of Pharmaceutics and Manufacturing for 21 years at Duquesne University in Pittsburgh, Pennsylvania. She is a senior Fulbright scholar and 2008 AAPS fellow.

She has mentored over 15 PhD and MSc candidates. She has five patents, 55 peer-reviewed manuscripts, book chapters and books, and more than 140 scientific presentations. She is the founder of a socially-conscious start-up company, Elim Pediatric Pharmaceuticals.

Adeyeye is also the founder of a non-governmental organisation, Drugs for AIDS and HIV Patients, which is committed to prevention, education, care and treatment of children with HIV/AIDS in Nigeria.

NAFDAC has had no substantive director-general for nearly two years.

Since Dr. Paul Orhii was sacked by President Muhammadu Buhari in February 2016, the agency was presided over by two acting directors-general:  Mrs. Yetunde Oni and Mr. Andrew Magbojuri.