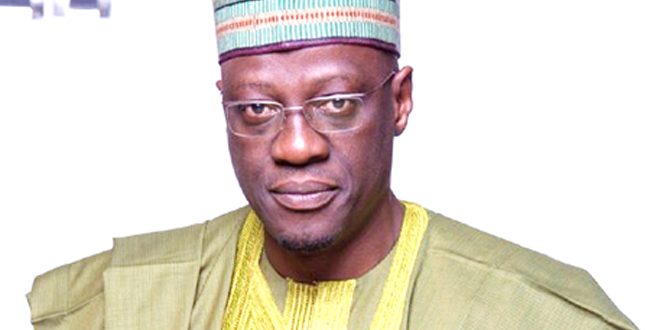 An employee of the Universal Basic Education Commission in Oyun Local Government Area of Kwara State, Mr. Biodun Bashir, has killed himself.

The victim, according to findings by our correspondent in Ilorin, the capital, on Friday, was a driver with the organisation.

Though no suicide note was left behind by the victim, sources said he had been going through a tough time before he committed the act.

A response from the Public Relations Officer of the state’s police command, Mr. Ajayi Okasanmi, was still being awaited as of the time of filing this report.

However, in a telephone interview with our correspondent, Senior Special Assistant to the Kwara State Governor on Media and Communications, Dr. Muyideen Akorede, said that government was not aware of the incident and could not be blamed for the action of the deceased because the state was not responsible for the wages of UBEC workers.

He said, “We regard this as a fake story which has been propagated by a group on social media that is opposed to this government.

“While any death is regrettable, neither the Kwara State Government nor its local government councils are responsible for the payment of UBEC workers. The government is not aware of his death.”

In a related development, residents of Jooro in Asa Dam area of Ilorin West Local Government Area have continued to express shock following the death of a man in the community, identified only as Prince, whose lifeless body was discovered by neighbours in his apartment.

He was said to have been separated from his wife and children for some years before committing suicide a few days back.

It was gathered that Prince had informed his pastor and some church members of his plan to commit suicide and was reportedly discouraged against it.

A church member sent by the pastor to visit him raised the alarm that attracted neighbours after knocking on the door repeatedly without any response. His body was seen dangling from the ceiling after the door was forced open.

@CitizenOsun
Previous Send me to jail!- 43-year-old man begs court
Next Next Post