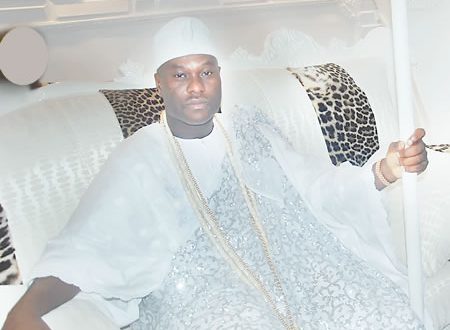 All roads lead to Kabba, the headquarters of Okunland, Kogi State as the  Okun people in Kogi State celebrate this year’s  Kabba Festival of Cultural Heritage with royal banquet to honour the Ooni of Ife, Oba Enitan Adeyeye Ogunwusi Ojaja II.

Speaking with news men in Abuja on this year’s event activities to commemorate the festival, the vice chairman of the Organising Committee, Mr Raphael Okomoda disclosed that the festival would witness the presence of several royal fathers including the Ooni of Ife who would also be hounoured in model achievements since he assumed office

According to him, the festival which is aimed at promoting love, unity and cultural development of the Okun, would also  feature multi-faceted carnivals of all kinds to celebrate the cultural heritage of the Okunland.

According to him, “different cultural groups from Owo in Ondo State, Atinugun in Benue, Edo Dancers, Igbo dancers, Hausa-Fulani dancers and others will participate in the festival.

“The Kabba festival of cultural heritage is tailored towards bringing our people together in an atmosphere of love, unity and for the socio-economic development of our community.

“It is also aimed to drive into extinction, hate, bigotry and primordial sentiments that will further divide us.

“There will be royal banquet in honour of the Ooni of Ife who will be joined by other traditional rulers from the Okun nation and the Kogi Traditional Council.

“Also, a pageant contest to select Miss Kabba 2017 will be held to officially draw the curtain for the festival. The pageant will witness performance by different hip-hop artistes led by Debie Rise”.

He assured that adequate security and medical arrangements have been concluded to ensure a hitch free festival that would promote love and unity among the people of the community and outsiders in general.