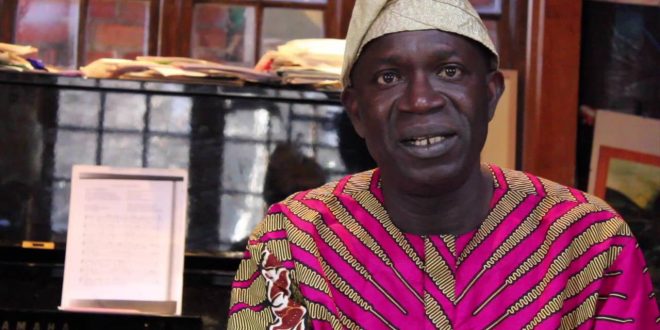 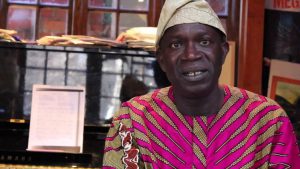 Babalola started his career playing in the Yoruba-Christian church owned by his father, Olayiwola Babalola.

As his skills as a master percussionist grew, he was invited to join Gasperlawal in 1980.

His album with Mr Bongo, Songs of Icon, is a unique recording that draws it’s musical influences and inspiration from Santeria, an Afrocuban version of IFA. The album is a double CD featuring originals and remixes of most of the songs by the top names in the broken beat/ leftfield scene, thus targeting the ‘world music’ and dance markets. Remixers include Mark de Clive Lowe, Afronaut, Misa Negra, IG Culture and Le Pico.

Babalola’s 2nd single Asokere was remixed by IG Culture and became HMV’s ‘Broken Beat Single Of The Week’ and was an anthem on the underground scene.
It featured on Africanism Vol 3 released through Defected in the UK and also appeared on Gilles Peterson’s ‘In Africa’ compilation released in 2005.

The two-time Grammy Award-winning Nigerian tells an in-depth story about his background and career in this video interview with film-maker Jason King.

Watch the interview below:

@CitizenOsun
Previous I GAVE UP SPORTS FOR MUSIC – Top Highlife/Juju Artiste, Titi Oguntoyinbo
Next MY KIND OF MAN – Moyo Lawal