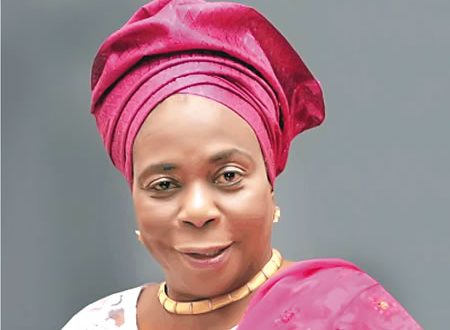 We will rescue Ekiti PDP from wicked souls —Senator Olujimi

Senator Biodun Olijimi, representing Ekiti South district in the Senate is in the centre of what people has come to be a gathering storm in the Ekiti State chapter of the Peoples Democratic Party (PDP). She speaks with SAM NWAOKO on the genesis of the problem and the implications of this as the state gears up for the governorship election in 2018.

What, in your opinion, is the cause of what has come to be seen as Olujimi versus the Ekiti State House of Assembly?

They are very stupid and daring. People came to convention and you beat them up on the pretext that I asked them to come; that they have no rights and that I am gaining popularity. Then you go to the House of Assembly and say that two of them are my loyalists and because of that you suspend them from the House.

All the people who came to the PDP convention in Abuja, because you said they were supporting one person or the other, you relieved them of the appointments you gave them. You chase them around the state. That is mindlessness, and this is happening within the same party, which we should all be galvanizing support for! Honourable members from my constituency, not from any other, you ask them to be insulting me. You even went as far as instructing them to physically attack me whenever they see me in the state or in Ado Ekiti. I’m looking for that mad boy that would try it. I’m looking for who would try it. That’s the issue. It is ordinarily supposed to be a simple issue but some people are compounding it. It is all because they believe I have an ambition to become the governor and they believe I have much more clout than anybody who is coming out. And I’ve not even started.

How do you see your party, PDP, coming out of all these in the build up to the coming governorship election in the state, especially when you consider the formidable opponent you have got in All Progressives Congress (APC)?

The party at the national level will have to decide what they want.

You can see that from that, it means that everything is cooked-up.

It is now a common knowledge that things are no longer rosy between you and Governor Ayodele Fayose. It is alleged that he is the one orchestrating the issues that have cropped up between you and the members of the House of Assembly. What’s your take on this?

I don’t know who’s behind it. However, I do not give a damn because the House of Assembly cannot take me on. The House of Assembly cannot take me on because I have a right to be close to whoever I want to be close to and to talk to them. They have the right to felicitate with me. None of them will say I have not touched him before. If you blame me that I constructed a road in the community, and that I constructed a water project in the community, is the lawmaker the only one living on that road? The site of the water project was even given by the traditional ruler. So, if the water had been at his side that means he is my loyalist? And you are talking about my loyalists in Ekiti where I’ve supported people in elections

It is the contention of many in the state that the leader of the PDP in the state, Governor Fayose is fighting too many battles in the build up to the election and is, therefore, making numerous enemies both within and outside the party. Don’t you think that your party is in disarray in the state?

Do you have any issues with the state’s House of Assembly as an institution?

Looking at the fact that you are one of the leaders of the PDP in Ekiti State, and looking at your capacity to help bring people together, where do you see this leading your party to in the near future?

We are working hard to bring the party back in place. W@e are going to take the party from wicked souls and from those who do not know how to run a party. People who were almost out of the party before cannot ruin our party for us. No way. We cannot watch our party to just go like that. You will see how loved our party is very soon. We do not have enemies; we will let those who have enemies to fight their enemies.

You have been accused by the House of Assembly of compromising the members of the House. The Chairman of the Committee on Information addressed newsmen and alleged that you are causing disaffection in the House by your actions. The Assembly said the loyalty of its members should be to the leader of the party in the state in the person of Governor Fayose …

That person is the mole in that House of Assembly. He is the problem of the Assembly, giving false information and false situation report to the governor. He is causing problems by leaking their issues to the governor. I am a member of the Upper chamber. I am not one of them. He can talk to any of them, but he cannot talk to me because I am not one in his league. His stock in trade is falsehood and everyone in the state knows that I am the one that is an advocate of peace and I am the one calling for peace at every turn, because there is none of them that can accuse me of adding to the violence in the state. But if they think they can stop me because I have an ambition, they have another thing coming.

So, what’s your advice to your friends and party people in Ekiti?

The governor knows how he got out of the place, but the falsehood was spread and that is why I have decided that I will not allow them to get away with it this second time. If not I will not be talking.

@CitizenOsun
Previous Welcome To Nigerian Customs House Of Corruption: How serving, retired customs officers fleece the nation of trillions of naira
Next Couple torture, chain 11- year-old in toilet for two days in Ogun