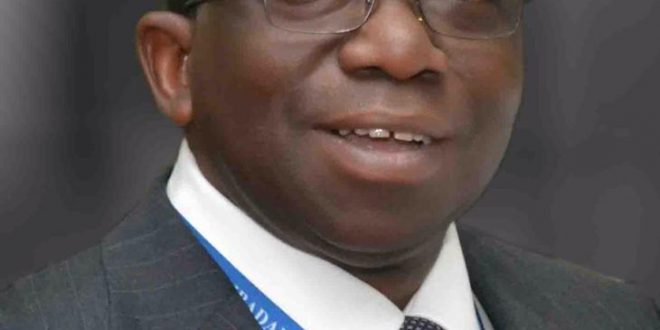 35-year-old Iyabo Olaseku (not real name), a resident of Erinmo Ijesa, a in Osun state had her hope rekindled after the Minister of Health, Professor Isaac Adewole led a team of medical practitioners to freely carry out reconstructive surgery on her and other women who had been suffering from the ravaging impact of Vesico Vaginal Fistual (VVF).

Iyabo had been subjected to dehumanizing treatment and had lived with stigma for three years; having lost everything including her home, self-worth and esteem and despite the conclusive repair of her vital organs from the effects of VVF surgery, reintegration into the society seems impossible.

Hajia Sadia Kolawole, a mother of two transferred from a Lagos hospital is another lucky beneficiary that had a pathetic story to tell. “I have been abandoned by family and friends including my husband for over two years. Before I had VVF, I was a trader but I have been economically drained because I can’t stay in public for long due to the stench that emanates from my body,” she said.

The two women are part of the 26 women who had given up on life after continuous condemnation, rejection, depression, isolation and mental frustration. Until recently, the belief is that VVF is a disease for northern brides because they marry early but this has been proved to be a misconception as cases of VVF abound across the southwest states.

Vesico Vaginal Fistula is an abnormal fistulous trait extending between the bladder and the vaginal that allows the continuous involuntary discharge of urine into the vagina vault and is usually caused by prolonged obstructed labour or marked pressure necrosis or what is simply known as pressure of the baby’s head on the pelvic. It is a hole between the vagina and rectum or bladder that leads to serious complications, leaving a woman incontinent of urine, feaces or both.

And for women who are unlucky to become victims especially in the southwest where it isn’t the norm, they hide it and face challenges usually alone. This is the testimony of 26 patients admitted into the Wesley Guild Hospital, Ilesa for free Obstetric Fistula Surgical repair.

The free surgical repair was spearheaded by Professor Adewole with the Federal Ministry of Health in conjunction with the United States Agency for International Development (USAID) and the Osun State Government.

23 of the 26 women had been rejected by the society and their spouses as only two still live with their husband’s and they had all become financial burdens; employable due to the stigmatization and consequent loss of dignity as well as affected their emotional and psychological wellbeing.

Prof Adewole intends that the surgery goes round all southwest states to serve as a reorientation and also to give the abandoned victims back their life.

While declaring the surgery open, the Country Project Manager of USAID Fistula Care Plus, Chief Iyeme Ifem decried the deafening silence and long years of medical denial that VVF is only restricted to the Northern axis of the country, affirming that the massive turnout of people for the project in the South West has revealed that many sufferers are hidden, not treated and not available as none of the 26 patients are Hausa speaking people and admonished VVF patients to cry out and seek medical help.

The women and stakeholders in the health sector couldn’t hide their joy and Prof Adewole was lauded for his commitment which inspired the surgery. For them, it revealed the passion the health minister who is a professor of Gynecology and Obstetrics has for his people especially for his promise to ensure smooth implementation of more surgeries of the VVF in the 2018 budget.

In a display of patriotic conduct to his oath of allegiance as a medical doctor and not considering his busy schedule as the country health minister, the minister led a team of experienced professionals including the National President of International Society of Fistula Surgeon, Professor Oladosu Ojengbende to conduct the surgeries after doing same in Abuja for 50 women.

Prof Adewole whose team also included his Special Adviser, Dr. I.O Morhason Bello who is also a consultant Genitourinary & Urogynecology during the three days marathon surgical operations for VVF repairs  stated that, “this is our small way of showing leadership and concern to the plight of the suffering masses and our display of affection must be a thorough practical approach of putting smiles on their faces, removing shame and reproach, restoring dignity to womanhood and more importantly lifting the undue financial burden the disease has placed on them”

A VVF reconstruction surgery costs about N500, 000 and this is what the Ministry of Health under Prof. Adewole is embarking on with support from USAID to lift financial burden from people especially in the southwest.

And because there exists a backlog of over 300,000 women living with VVF in Nigeria, Prof Adewole and USAID is advocating for regular trainings for volunteers in the specialized medical field to present themselves for the opportunity to join forces with him after announcing that the Ilesa Wesley Guild Hospital will become a centre for VVF operations in Nigeria.

@CitizenOsun
Previous Couple cut off 7-year-old girl finger, threw her into the bush for money ritual in Ogun
Next ONE YEAR WITHOUT ELECTRICITY: Community performs ritual on IBEDC premises in Ijebu-Jesa