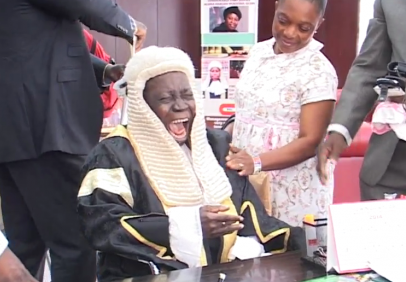 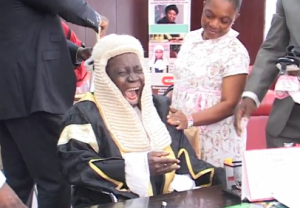 Former Attorney-General of the Federation and Minister of Justice, Dr. Olu Onagoruwa, has been reported dead. Late Onagoruwa Onagoruwa was said to have died yesterday, Friday at the age of 80. He had a doctorate degree in law and was the only attorney-general of the federation, who did not bag the Senior Advocate of Nigeria (SAN) title at the time.

He was Nigeria’s attorney-general and minister of justice from 1993 to 1994 during the regime of Gen. Sani Abacha. Onagoruwa authored several books including the Nigerian Civil War: Fundamental Human Rights and International law 1969, the Amakiri Case; Press Freedom in crisis 1978 and Law and Contemporary Nigeria Reflections 2004. Onagoruwa, who attended the Academy of American and International Law Center, USA on a full scholarship, served as a law lecturer in various Nigerian institutions including the Nigerian Institute of Journalism.

He was appointed the Minister of Justice in 1993 and the African representative to the body that drafted Ethiopia’s constitution same year.

Dr Onagoruwa was also the Group Legal Adviser/Company Secretary of Daily Times Nigeria for several years. He obtained LLM and Ph.D. in Constitutional Law in 1968 and was a member of the Inner Temple of the English Bar.