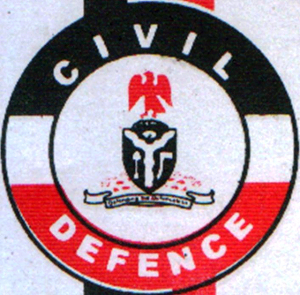 Suspected armed robbers have hijacked a petrol tanker and hacked the driver of the truck to death.

Our correspondent gathered that the hoodlums hijacked the tanker on Friday around Asejire town, along Ibadan-Ile Ife Road, and drove the truck with the driver and his assistant to a place off the expressway.

The hoodlums were said to have tied the hands of the unidentified driver, beat him up and cut him with machetes until he died.

A motorist was said to have seen the hoodlums while taking the drivers and the truck away and he alerted the state command of the Nigeria Security and Civil Defence Corps.

The driver was, however, said to have been killed before operatives of the NSCDC got to the place.

Their arrival was said to have prevented the hoodlums from killing the assistant driver.

The Public Relations Officer of the NSCDC in Osun State, Mr. Babawale Afolabi, confirmed the incident.

“The incident happened around 2.30am. The driver had already been killed by the time our men got there.

“Immediately the robbers saw our men, they took to their heels and the other man was rescued.

“Investigation is ongoing on how to apprehend the robbers.

“The Commissioner of Police in the state has been informed, while policemen have removed the dead body.”