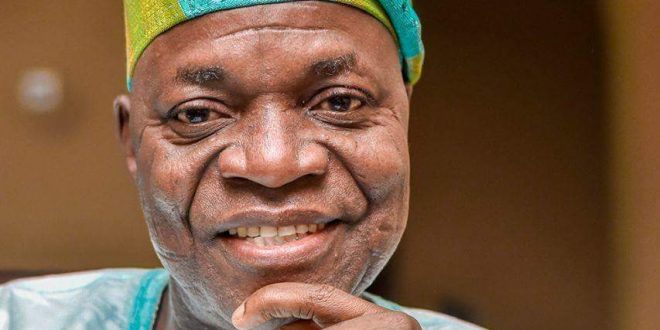 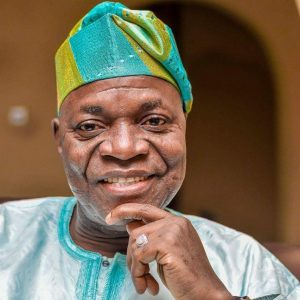 Labour Party Governorship candidate in the 2014 Election,Engr. Fatai Akinbade has described the victory of Otunba Ademola Adeleke, the brother of late Senator Isiaka Adeleke in the just concluded Osun West By election as the Senator elect on the platform of the Peoples Democratic Party (PDP), as spelling the death knell of Aregbesola’s administration and the All Progressives Congress (APC), in the state.

Akinbade, a former Secretary to the State Government while congratulating Adeleke for trouncing his opponent, Senator Mudasir Hussein of the APC at the Saturday polls, pointed out that the result was a reflection of anger of the people of the state against the administration of Aregbesola.

Besides, Akinbade asserted the spirit of late Senator Adeleke was alive judging by the coming together of the opposition in unison in adopting Ademola which eventually led to his emergence as the Senator elect, defeating Mudasir Hussein, the candidate of the incumbent Governor,Ogbeni Rauf Aregbesola.

“The resolve of the people can be stronger than iron. Our people can hardly suffer any fool gadly any more under whatever guise” he said

According to him, the game was up for Aregbesola and his co-travellers as the people of the state have shown them red card, signifying the rejection of his administration.

“By now, he should have known that by 2018, all his vestige of the current harrowing memories foisted on the people of the state as a result of his misrule that has translated into serious hardship, will be a thing of the past ” he assured.

Akinbade expressed the optimism that the state would once again, be restored to the glorious past when APC is shown the way out in 2018.

He then called on the opposition to remain focused and united with a view to salvaging the state from the claws of its present occupants whom he claimed had milked the state dry.

“Unfathomably, the state now wallows in the cesspit of debts. How we got here, no one can say except them. Our dear state, has always been in the news for wrong reasons since their foray. It is only when we, in the opposition today, remain resolute, that we can flush out these ‘ajeles’, who are enemies of our dear state ” Akinbade warned

While commending the people of the state state for comporting themselves before, during and after the election which gave room for peace to reign,he advised that they should continue to be law abiding.

“It is only in a peaceful atmosphere that any meaningful transition can be achieved. We should not play into the hands of these people who will want to hide under faintest guise. The battle to wrestle power from them is not over, in fact, it has just begun. So every sons and daughters of this wonderful state whose psyche have been mangled through wrong direction of affairs of our dear state by Aregbesola and his cohorts, our watch word should be: It is not yet uhuru. It is not over until it is over. 2018 is just around the corner so let’s all guard our loins”the erstwhile SSG charged.

@CitizenOsun
Previous Why Oluwo Is After My Life — Oluwo-Oke, Oba Kadiri Adeoye
Next How Osun Permanent Secretary; Funke Kolawole was kidnapped, murdered