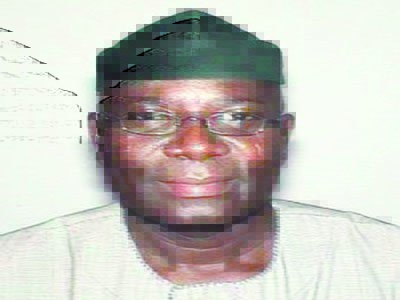 The Osun State senatorial by-election will hold on July 8. In this piece, Sola Fasure examines the chances of the All Progressives Congress (APC) at the poll.

Soji Adeniyi’s x-ray of the coming July 8 senatorial bye-election for Osun West is off the mark of informed political analysis by a thousand miles on facts and logic.

In a June 20 piece titled ‘Osun by-election: Who succeeds Adeleke?’, by subtle means, he tried vainly to give the impression that the late Senator Isiaka Adeleke’s younger brother, Ademola, stands a better chance to succeed him. This ordinarily should not be a problem but in this case, the facts do not support this assertion.

He begins with the insinuation that it was the National Working Committee of the All Progressives Congress (APC) that made it possible for Senator Mudashiru Husain to emerge as flagbearer in an unfairly manner.

But the substance of the case is that Senator Husain should not have been disqualified in the first instance. His case is straightforward and his argument compelling. Both the screening and appeal committees erred to have disqualified him.

Senator Husain’s purported disqualification was premised on, first, he violated the provision of paragraph two of the APC law for the Nomination of Candidate for Public Office and section 66 (1) (f) of the 1999 Nigerian Constitution as amended, that prescribed that an aspirant shall not have “Remained as an employee of the Public Service within 30 days preceding the election”. Secondly, that his resignation on June 6, 2017 fell short of the 30 days required by law.

Senator Husain could not have been affected by the provision requiring applicants to resign within 30 days since he was not an ‘employee of the public service’. This is because the Court of Appeal in Dada v. Adeyeye (2005) 6 NWLR (Pt. 920) 1 has interpreted the phrase ‘employee of the public service’ to mean members of staff employed and issued letters of employment. In the same case, the court averred that a public officer is somebody employed by the Public Service Commission of the Federal Government and States, and not a political officer in the service of any government in the federation.

Senator Husain, who was adjudged to have being a commissioner prior to his resignation on June 6, could not have by this definition be considered ‘employee of the public service’. He was at best a political office holder.

Nevertheless, Senator Husain had his resignation letter, duly received by the office of the governor, with him at the screening but the matter was not alluded to by the committee in the course of screening. He however submitted a copy of the letter to the appeal committee. However, to our utmost chagrin, in a brazen assault on simple arithmetic, it was adjudged to have fallen short of the 30 days required by the law.

We must note that Senator Husain was not under obligation to resign, as stated above. He only did so in the principle of ‘surplus to requirement’ and the committees never contested the authenticity of his resignation letter. His disqualification is imponderable, however, considering that there are clear 32 days between June 6 (when he resigned) and July 8 (when the election was scheduled to hold). Why then the committees would argue that this falls short of the 30 days required remains a puzzle.

What was expected on the contrary was the disqualification of Ademola Adeleke. For the avoidance of doubt, this Adeleke is not a registered member of the party. Neither did this strange aspirant collect from nor submit the nomination papers to the party in the state. The screening committee directly collected at the point of screening the nomination papers from their anointed aspirant who had violated the due process of nomination.

Adeniyi also alluded to late Adeleke contributing to the victory of Governor Rauf Aregbesola at the 2014 governorship election. This allusion is actually a euphemism for the direct claim being made by Ademola Adeleke and his supporters that the late senator was solely responsible for the victory of Governor Aregbesola. While not denying that Senator Adeleke contributed his quota to the victory of the party in the election, it is stretching the logic too far by making him the architect of that victory. We must not forget that there was a siege on the state few days before the election and Adeleke himself had been placed on house arrest on the eve of the election and could not even cast his vote for the governor in that election.

The prelude to late Senator Isiaka Adeleke’s joining the APC in 2015 was the petition he wrote to the police and the State Government, even when he was in PDP, alleging that he was physically assaulted by the PDP ranks in an Osogbo hotel. This prompted the state government to institute a panel of inquiry into the incident, for no other reason other than he was a former governor of the state and should be treated with respect and dignity.

By the time he left PDP for APC, he had nearly exhausted his political capital and needed political rehabilitation and soft-landing which APC gave him. Therefore, he was the one who needed APC for political survival, more than APC needed him. Yes, he was dedicated and gave his all, but we must not take his contribution out of context.

At any rate, Adeleke had always been defeated in elections in Osun before he contested under APC in 2015. As an incumbent senator in 2011, he was defeated by Senator Husain by a wide margin of 121,971 to 77,090 votes. In 1999, he contested as APP senatorial candidate and lost to AD and then switched to PDP as its governorship candidate and lost again. The only election he won in PDP was in 2007 which has since been described by the late President Umaru Yar’Adua as deeply flawed. Even when he was in PDP, APC was winning elections in Ede, his strong base. To be sure, all State and National Assembly seats in the Osun West Senatorial District have been won and occupied by the APC and or its foundation party, ACN, since 2011 to date.

Again, Soji Adeniyi wrote ‘Supporters of Adeleke believe that, with the support of Ede North, Ede South and Egbedore and an alliance with Iwo, Ayedire, Isokan and Ola-Oluwa, Ademola Adeleke would make it.’ Adeniyi is passing the ‘belief’ of the supporters of Adeleke as informed analysis here. How would this support come, when historically those areas had never voted for the late senator and PDP for that matter, since they are progressive strongholds?

Adeniyi cleverly tried to fish in troubled waters by claiming that, one, Husain relies heavily on Governor Aregbesola and has no support base of his own, and, two, this support is an albatross because Aregbesola has no support again in Osun on account of disagreement on wages.

Again, for the avoidance of doubt, Aregbesola has no problem with workers in the state. Yes, there was a national financial uptight since 2014 that put 27 states in dire strait. Aregbesola weathered this storm by reaching a consensus with Osun workers on modulated salary scheme in which workers on grade level 8 and below get full salary, level 8-10 gets 75 per cent of their salaries while the top earners from 12 and above collect 50 per cent. He has been faithful with this arrangement and has fully paid up to May, even when May allocation had not been received from the federation account.

This notwithstanding, workers in state are less than one per cent of the state’s population and will constitute a corresponding demography of the voters. It is beyond dispute that the various infrastructure and human development programmes of the administration like 800 kilometres of stone based asphaltic roads, brand new state of the art schools, free school feeding programmes, OYES, care for the aged with Agba Osun, rehabilitation for lunatics and the destitute, disbursement of over N8 billion interest free loans to farmers and micro, small and medium enterprises, etc. appealed to a wide section of the population. This is why he has been winning elections and his public outings always accompanied with enthusiastic reception by mammoth crowds. How could this have constituted an impediment to the candidate he supports?

However, ascribing Senator Husain’s support solely to Governor Aregbesola is mischievous. The subtle mischief here is the insinuation that Aregbesola imposed him on the party even when Husain has no popular support within the party and in his constituency.

These are the facts. Senator Husain was the incumbent in 2015 but was prevailed upon by the party to step down for Senator Adeleke. As a loyal party member, he obliged without as much as a whimper. He did not protest and did not cross to another party to grab a ticket because he was hell bent on returning to the senate. When the State Executive Council was to be constituted, he humbly accepted to serve as commissioner, not minding the abuse and insults hurled at him for accepting such ‘lowly’ position, compared to the cash cow the Nigerian Senate is considered to be in the warped imagination of those who considered public office as an avenue for self-aggrandisement.

When the position became vacant, there was therefore an overwhelming consensus within the Osun West Senatorial District and the leadership of the party in the state to present him again as their candidate for his loyalty, steadfastness and for idealising what the APC stands for.

While it is not in doubt that he has the unflinching support of the state’s helmsman, it is false, erroneous and misleading to give the impression that he would be riding on the back of Governor Aregbesola alone to the July 8 election.

Lastly, Adeniyi’s allusion to the Speaker of the State House of Assembly, Honourable Najeem Salaam and Senator Husain, both from Ejigbo, is not strange. In the past, the former Speaker of the Osun House of Assembly, Honourable Belo Adejare, is from the same Ede hometown with the late Senator Isiaka Adeleke when they were in office between 2007 and 2011. Don’t forget that Ede got as many as four positions in the state executive councils, more than any community in the state.

I think a much more serious analysis should have considered the pedigree of the candidates in terms of their public profiles, public service records, ideological leaning, their party’s popularity and even conduct or rely on credible opinion polls to determine their strength and popularity in any election.

Using these criteria, Husain who has represented two states – Lagos and Osun – in the House of Representatives and the senate respectively, his grassroots appeal, the strength of the APC in Egbedore, Iwo, Irewole,  Ayedire, Ayedaade, Isokan and Ola-Oluwa, cannot be compared to Adeleke’s. He towered head and shoulder above him in these places.

Adeleke is riding on the back of the phantom reputation of his late elder brother. ironically in the party that physically pummelled, disgraced, humiliated and drove him out of their midst in 2015. But, the PDP is in total disarray in Osun. It is a fractious party, with its ranks depleted across the state and is now a laughing stock in political circles in the state. It is the desperation to make the semblance of an appearance in the election that made it to adopt an America-based person who is not even one of its members as its candidate. Adeleke left APC and joined the PDP the day it dawned on him that he could not get the APC ticket through subterfuge and conspiracy and was given the party’s flag.

APC has been ascendant in Osun and with the PDP lapsing into oblivion, Husain is well set to clinch the coveted senatorial seat once again.