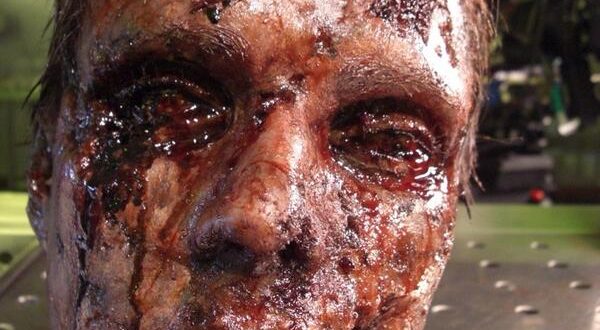 There was pandemonium in Gbongan, a community in Ayedade local government area of Osun State, when residents of the rustic area discovered a ritualist’s den in their midst.
Nigerian Tribune reliably gathered that the discovery was aided by offensive odour oozing out of a particular building located at Idifa, Ile-Eesu compound in Gbongan.
Suspicious of what might be the source of the odour, residents of the community alerted other people, who broke into the four-room building, being occupied by a yet-to-be identified man as of the time of filing this report.
After gaining assess into the building, they were shocked to discover three human heads and some other rotten parts of human body.
This development came barely 13 days after a 38-year old man, Ajibade Rasheed  was arrested by Police in Osogbo, with fresh human head, two palms, intestine  and other body parts
However, the suspected ritualist, who is occupant of the building in Gbongan was eventually apprehended and handed over to the Police.
When contacted, the Police Public Relations Officer (PPRO) of Osun State Police command,  Mrs Folasade Odoro confirmed the incident, saying that the investigation was ongoing, with a view to arresting other culprits, who had fled after the discovery of the ritualist’s den.
– Nigerian Tribune
Gbongan 2017-06-21
Dotun Olanibi
Share