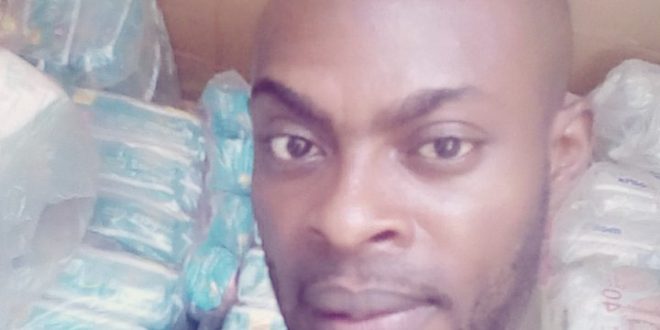 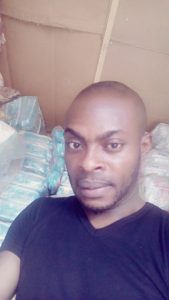 MY PASSION FOR PIANO MOTIVATED MY LOVE FOR MUSIC
– High Life Musician, Suyi Ikotun
Alex ‘Suyi Ikotun is no doubt one of the most popular musicians in Ijesaland and Osun state in general.
His popularity extends beyond Osun as he has performed in different states across Nigeria to the admiration of his numerous fans.
You need not wonder too much where Suyi’s skills originated from; his mum is a singer as well as his sister, so music is a part of his family.
In this interview, humble Suyi, an Ijesaman, explained to OSUN CITIZEN’S Executive Editor; Dotun Olanibi how the journey began, challenges, experience, aspiration, projection and many more.
How did your career in music start?
It started primarily with drums in the choir section in the church.
‎At what point did you commercialise it and made it a career?
I turned it to a career in 1994 With five members.‎
My immediate younger sister was there as a vocalist, I mean a back-up.
Apart from the likes of Gbenga Falope Junior, you are one of the most consistent artistes in Osun state over the years, what has been your motivating factor?
I have a passion for piano from my childhood.
Anywhere i went and I hear a melody being played from a piano, I would not go until the music is over.
Also my mother was an excellent solo singer during her days.
Who is your role models?
I have two; Evangelist Ebenezer Obey Fabiyi & Luther Vandross.
‎How would you describe your genre of music?
High life.
How many albums do you have to your credit now?
I’m still working on it, none has come out.
One would wonder why you have not dropped an album all this while, are you taking your time, or there are other factors involved?
Like you have said, there are so many thing to take into consideration, trying to build my own type of music.
Also looking for a channel where it can be known to all the people of the earth, not just to release an album for few people locally where some of our people on top of the game would duplicate for their own credit.
What would you say distinguishes you from other musicians. I mean something that makes you unique?
‎Often time I go for a musical show alone without anybody on stage, where I would do a solo performance with two keyboards alone all by myself. That to me is unique.
How do you get inspiration?
I love to see what Steve Wonder, Micheal Jackson and Lionel Richie are doing with piano.
Like Micheal’s “I will be there” and Steve’s “these three words” those are the guys who inspired me of doing it alone the way they did it.
And it works.
Let’s talk about your educational background?
After my secondary school I decided to go to deutch school (gothe institute), after the elementary 2, I left to engage fully in my music career and that wouldn’t leave any space for me to go further, but planning to get some degree as soon as possible.
As an artiste, what are the challenges you face?
I face a lot of these, let’s start from the booking aspect, the client that you prospect would tell you later that someone had volunteer to the job free of charge.‎
Secondly, the viable equipments are far from reach.
Thirdly, the well to do people of the country don’t see music as anything so special to humankind, they don’t dig deep to refine or extract the real talent from them, much of their resources is spent for things that don’t have lasting value.
‎So, how have you been coping?
When you have a strong passion and rigid determination about your mission, any stumbling stone that might crush your ways won’t be able to stop you from moving‎.
‎That’s what kept my vision till date.
Can you share one experience you will never forget in your career with us?
A lot to share.
One faithful Sunday I was engaged to perform for a sister who just delivered a baby at Badore ajah, we were supposed to be there and start the performance before 2pm, we left my place at Ikosi-ketu early in the morning (9am) immediately we got to victoria island somewhere around 9:30 am we got stocked in traffic where no vehicle could move an inch until 5pm, we then proceeded, on arrival at the venue, all the invitees and visitors had left, I was asked to refund the bill.
‎Another one happened at a village near Ilesa where my amp and the power source of keyboard refused to work, can you belive it that I sang without the beat for the celebrant! The greatest pain of all is that one of my boys that was backing me up as a vocalist who left my band to set up his own organisation, was playing right infront of my stage for another set of people in the same venue, he didn’t render any help but all glory be to God almighty
‎Those days are gone now.
What’s your next move. I mean your projection for the next couple of year?
great days ahead from now.
Solid album on the way.‎
To stimulate publicity and latest sound equipment.
What are your hobbies?
Playing piano and listening to contemporary music‎.
What is your favourite food?
‎Beans and fish.
What is your favourite colour‎?
Chocolate brown.
What would you like to tell your fans?
‎They should fasten their seat belt because I’m about to take them to the next level in music, also to make them happier than ever and to upgrade their listening pleasure.
Suyi Ikotun 2017-06-21
Dotun Olanibi
Share