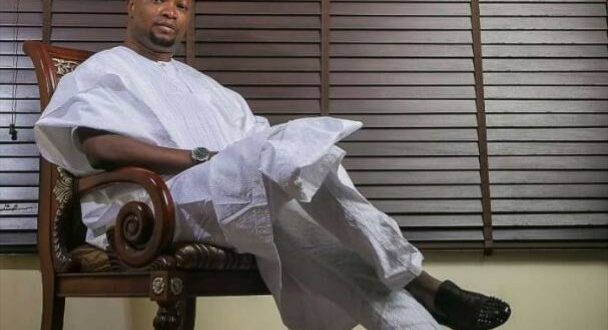 In this article, OSUN CITIZEN’S Executive Editor; Dotun Olanibi mentions the rough journey to the top as well as extols the virtues of the Group Managing Director of Core Media Services; Jide Adediran as events to mark his 40th birthday kicks off… 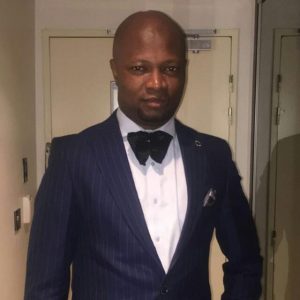 Core Media Boss, JIDE ADEDIRAN @ 40:
Story Of A Tenacious Risk Taker
‎Popular late swiss- American Psychiatrist; Elisabeth Kubler-Ross, a recipient of astonishing twenty honorary degrees covering sciences, humanities and religion once wrote
‎”The most beautiful people we have known are those who have known defeat, known suffering, known struggle, known loss, and have found their way out of those depths.”
These words aptly describe Abdulazeez ‎Olajide Adediran, the Group Managing Director of Core Media Services.
People that are familiar with him will tell you without mincing words that he was born with no spoon at all let alone being born with a silver spoon. 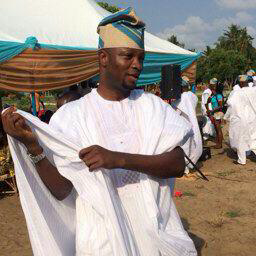 From a humble background, he fought his way through different life hurdles and challenges; many time he was knocked down but each time, he keeps picking himself up and continued the struggle.
Growing up in the then rustic Ilasamaja community in Mushin, Lagos was not an easy one for him. From an early stage in his life, he had to‎ contribute to the meagre economy of the family by hawking all sorts.
So bad it was that he hawked mats in his quest to ensure that the family survives! But in the face of all these intimidating challenges, one thing is evident about him; he refused to give up.
He has this fire of passion, aspiration and determination burning right inside him.
Under intense pressure, frustration, fear and ‎poverty, he completed his primary school education and went ahead to equally finish his secondary school education which prepared him for the tertiary institution.
His choice was the Polytechnic Ibadan, in Oyo state, the then sattelite campus known as Adeseun Ogundoyin campus situated in Eruwa {Now Ibarapa Polytechnic, Eruwa}.
He was offered admission to read Mass Communication.
It was in this school that his leadership and benevolent characteristics which he still maintain up till date became evident.
He rose to become the president ‎of his department association; Association Of Student Communicators.
Till date, it’s still very difficult to beat the record set by him and his team of hard working officers.
After his Ordinary National Diploma, he left the school and started plying his trade with Lagos State Television situated at Agidingbi, Ikeja, Lagos {LTV} first as an intern and later as a full member of staff.
It was at LTV that his story changed for life! As a diligent reporter, he was assigned to cover different beats and he carried out his assignment accordingly.
In the course of the discharge of his duties, he was able to meet the Nigerian society bigwigs who started showing interest in him.
Love him or hate him, one thing nobody can take away from him is his hardwork and passion for whatever he does.
At a time when his career was blossoming at LTV, he took the risk of resigning to float his own media firm; CORE MEDIA SERVICES, that deals with advertising, marketing, Public Relations, Media buying and selling amongst other media related activities.
He became the toast of government establishments, corporate bodies and individuals, consulting for them.
He actually started CORE MEDIA SERVICES with no office because there was no money to rent an office at that time!
He normally hold meetings with his team under the tree or right inside the car!
Later, he was able to raise some money and he rented an apartment at Opebi, Lagos and that’s where Core Media corporate office took off from.
The office later moved to a more comfortable apartment on Allen Avenue, Lagos and later to its multi million naira personal office at Discovery Gardens Estate, Isheri in Lagos.
‎Today, CoreTV News, a 24/7 news and current affairs station, a brainchild of Core Media Services, which started out as a satellite television station where you have to pay for subscription before you watch has already gone terrestrial and rolled out in many states in Nigeria starting from Abuja, the Federal capital territory.
The television station despite the fact that it’s relatively new is giving many old television stations across Africa a run for their money with excellent news coverage and production of programs.
‎Under his leadership, CORE MEDIA SERVICES has received many awards both home and abroad as a result of the good job.
As a philanthropist with a heart of gold, many people; the ones he know and those he does not know across religious, tribal and political divides have benefited immensely from his benevolence.
The type of Jide is rare; this is someone who has seen, felt and tasted poverty firsthand and now living in luxury and affluence with his humility and generousity still intact, not allowing his achievement as a young man gets into his head.
He has this to say about himself “despite all what God has done for me, nothing has changed about me. I still hang out at places i used to hang out many years ago, i still keep the same circle of friends. There is no super human anywhere, I am just privileged. Giving is part of me and i think its also an important part of our worship to Almighty God.
God has given me the opportunity to do all i am doing. If someone comes to me, seeking genuine assistance, i always go out of my way to help no matter how little, thats what God wants.
Remember, if i dont do it, another person will do it.”
A detribalized Nigerian, Olajide Adediran who is also a product of Howard University, in America is happily married and blessed with children. 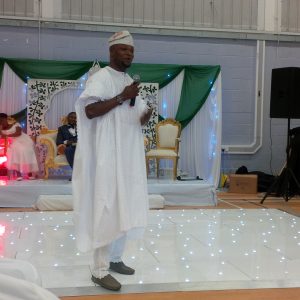