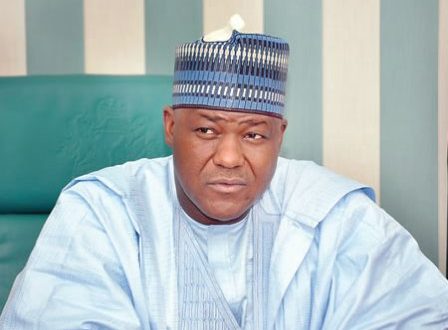 ‎Against the backdrop of controversy that has trailed the 2017 budget passed into law by the National Assembly, the Speaker, House of Representatives, Hon. Yakubu Dogara on Friday said that, the 2017 Appropriations Bill would be signed into law early next week.

This is coming just as the Deputy Speaker, Honourable Lasun Yusuf said that no member of the House had any intention to contest for presidency in 2019, saying that, “in 2019 there is no vacancy in Aso rock.”

Dogara also said that there was need to coordinate the activities of various committees of the House to ensure synergy.

Dogara who spoke during event marking the 2nd year anniversary of the 8th House, said that, “we kept our promise to Nigerians at the beginning of the legislative session to ensure transparent deliberation and passage of the 2017 Appropriations Bill which will be signed into law early next week”.

‎On various committees of the House, he said that “we need to do a better job of coordinating the activities of various Committees to ensure synergy and avoid overlapping of activities and functions”.

“Are we patriotic or partisan? Have we used our legislative authority to expose corruption, inefficiency and waste in government activities? Have we made laws for the peace, order, and good government of Nigeria? Have we shown fidelity to the Fundamental Objectives and Directive Principles of State Policy enshrined in Chapter two of the Constitution?

“The answer to above posers is the criteria and yardstick to assess who we are. Are we leaders or mere politicians? The difference is that while politicians are just interested in the next election, leaders are cultural architects because they create the environment by which others can grow and flourish”, the Speaker queried‎.

The Senate President, Senator Bukola Saraki who was represented by Senator Dino Melaye in his remark said that, the Senate would continue to partner with the House, saying that, “without fear or favour we must pilot the affairs of the legislature”

‎He maintained that, the function of the Legislature cannot be actualise without courage.

On no vacancy in Aso Rock, the Deputy Speaker was responding to an advice from the guest lecturer, the Chairman, editorial board member of Thisday, Mr Olusegun Adeniyi who said that, “with such array of accomplished men and women educated from the best institutions in the world, I will like to see presidents of Nigeria emerge from this chamber, beginning from 2019”.

Mr Adeniyi spoke on the image Perception of the Legislature: Causes and Possible Solutions during the special session, told the lawmakers on how to better manage their image.

According to him, “last week, a bill proposing a six-month imprisonment for persons who jump queues in public places scaled second reading in this august assembly. It was sponsored by my brother from Kwara State, Hon Abubakar Amuda-Kannike to whom I have a poser this morning: If someone who jumps queue needs to spend six months in jail, how many months should those who jump fence with their babariga and designer suits, in the full glare of television camera, spend behind bars?”‎

He also said that the House should live up to its expectation as the true representative of the people.

Speaking further, he said, “While I commend you for finally opening up the finances of the National Assembly, you must also understand that some of the choices members make tar this critical arm of government. Voting billions of Naira to order for new cars at a time the economy is going through a recession and majority of Nigerians experience difficult times, has not helped your cause.

“Therefore, most of the perception problems you have are self-inflicted and originate from this very House. You fight in the open, you spill on one another in the press, you take decisions that are not in tandem with public mood and some members throw irresponsible tantrums on social media. What is often ignored is that Image is less about what you say or how you think of yourself but more about what you do,” he stated.