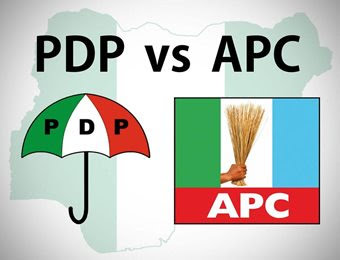 BARRING any hiccup, Osun State chapters of the Peoples Democratic Party (PDP) and All Progressive Congress (APC) have concluded plans to conduct primary election next week Monday, through which their respective flag bearers would emerge for the forthcoming bye election to be conducted by the Independent National Electoral Commission (INEC) for the vacant seat of Osun West Senatorial District.

The seat became vacant when Late Senator Isiaka Adeleke, who represented the senatorial district suddenly died on the 23rd of April, 2017 after a brief illness.

However, INEC in a timetable released and signed by its Administrative Secretary in Osun State, Barrister Ademusire E A said that consequent upon the provisions of the enabling statutes that bye election to fill the declared vacant seat by National Assembly be conducted within 30days upon the declaration, stating that the bye election for Osun West Senatorial seat will hold on Saturday 8th July 2017.

Series of meetings have been held by the top hierarchy of the PDP in Osun to select a consensus candidate, but the moves have failed as the party finally settled for a primary, which would held at the party secretariat on Monday.

Findings by our correspondent revealed that Senator Hussein Mudasiru may likely emerge as the candidate of the APC after the primary election.

But, some powerful stakeholders within the party, led by the Deputy Speaker, House of Representatives, Hon Lasun Yusuf and Alhaji Fatai Diekola who believed in fielding an home based politician to fly the kite of APC were queuing behind Ademola Adeleke to fill the vacant seat, hitherto occupied by his deceased senior brother, Senator Isiaka Adeleke.

Efforts to get the reaction of Ademola Adeleke on the development proved abortive as several calls put through to his cell phone rang out without a response.