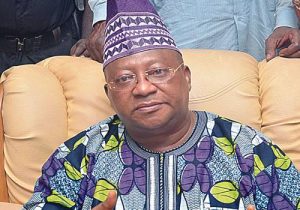 No fewer than 20 aspirants are jostling to occupy the vacant seat of Osun West senatorial district created as a result of the death of Senator Isiaka Adeleke on April 23rd, 2017. This is coming even as the Independent National Electoral Commission INEC, had fixed the bye election for Saturday July 8,  2017.

The INEC in a timetable  signed by the Administrative Secretary, Osun State, Mr Ademusire E A, said that consequent upon the provisions of the enabling statutes that bye elections to fill the declared vacant seat by National Assembly be conducted within 30 days upon the declaration, the bye election for Osun West Senatorial seat will hold on Saturday 8th July 2017.

Among the strong contenders to the vacant seat are the national ex-officio of the ruling All Progressives Congress, APC, Hon. Akintola Omolaoye, the state secretary of APC, Ayobami Salinsile, the younger brother to the late Senator Adeleke, Ademola Adeleke, Alhaji Tiamiyu Bello, Mr. Tijani Adekilekun and Alhaji Sule Alao all on the platform of APC.

The APC is however yet to lift restriction on party activities in the state. It was however gathered that the committee set up by the party to determine whether the party ticket should be zoned to the home town of late Adeleke, Ede, or thrown  open to all the local government councils in the senatorial district.