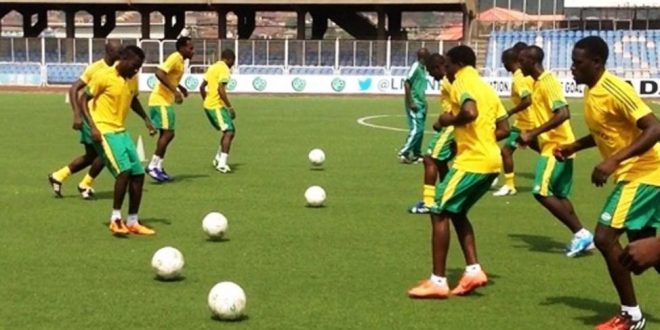 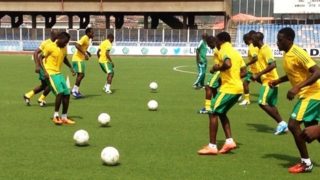 A player of the Nigeria National League (NNL) side, Kwara United FC of Ilorin, Saka Azeez, on Friday slumped and died in training.

The club’s Media Officer, Abdulwaheed Bibire, confirmed the development to the News Agency of Nigeria (NAN) on Friday in Ilorin.

NAN reports that Azeez, 24, who was the son of former African and Commonwealth Table Tennis Champion, Kasali Lasisi, slumped at the Kwara Stadium, Ilorin during a training session.

Incidentally, his father was one of the eminent Kwarans given an award for his outstanding contribution to sports development on Thursday in Ilorin, as the state marked its 50th anniversary.

Bibire described the death of the player as a rude shock, given his contributions to the club.

He said the entire soccer fans in the state will surely miss him.

The Harmony Boys spokesman described Azeez as an astute professional, on and off the pitch, easy going, and a dedicated player.

“From Almighty Allah we come and to him shall we return.

“Death is an inevitable end which every soul will experience, hence the need for his family, friends, close associates and soccer fans to take solace in God for the irreparable loss.

“He slumped in training and we rushed him to the State General Hospital, which is just some meters away from the stadium, where he was confirmed dead,’’ Bibire said.

NAN recalls that late Azeez is a left full back and joined the services of Kwara United from FC Zamfara at the beginning of the current 2017/2018 NNL season.

@CitizenOsun
Previous My husband not father of my son! – Divorce-seeking wife tells
Next Lasun Yusuf’s Political Dilemma: Reason Osun APC Is Against His Return To House Of Reps + His Dream Of Becoming Osun Governor