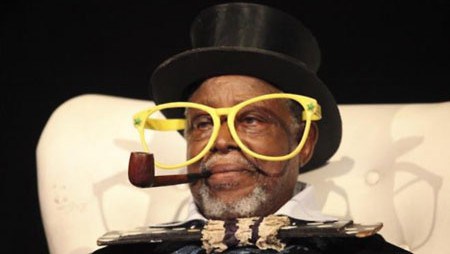 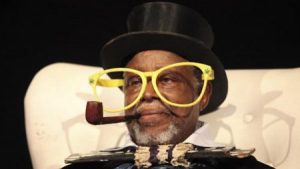 Yoruba Legendary comedian; Baba Sala as he is popularly known by fans was born on May 18, 1936.

He is hails from Ilesha, Osun State. As an actor, his stage name is ‘Baba Sala’.

The real name of Baba Sala is Moses Olaiya Adejumo. This veteran ace actor is known as a musician, dramatist and comedian.

Baba Sala can also be regarded as one of the fathers if not even the grand-father of the modern Nigerian comedians.

He always sings in a spectacular way in all his movies. Hardly you will watch any of his movies without singing in it due to his passion for music.

There were other popular actors and actresses who he used to showcase in his film.

The likes of Iya Sala and late Adisa (as called in the movies) used to call him ‘Lamidi’.

One could not actually say if this Adisa (stage name) was a friend or an apprentice of Baba Sala due to their good relationship.

Baba Sala’s movie named ‘Orun-mooru’ was a big budget movie recorded on Celluloid which was later pirated into VHS home video then.

The piracy of this film cost Baba Sala a lot of havoc which if not for God and his bravery, could have led to his death. Thank God Baba Sala is still alive today.

Moses Olaiya (Baba Sala) was close to Late Oyin Adejobi – the creator of “Ile Iwosan” a Yoruba home movies series aired on the then Television Station Of Oyo State (TSOS) later changed to Broadcasting Corporation Of Oyo State (BCOS).
He was also an actor alongside a father of actors (especially Yoruba genre) Hubert Ogunde, the producer and owner of the then ‘Aye’,  ‘Jaiyesimi’ etc.

Hubert Ogunde, apart from the fact that he was an actor, he was also a musician.

Baba Sala was also a friend to Kola Ogunmola – the father of Peju Ogunmola also known as Peju Omobolanle (Pa Aluwe’s wife) and late Ayo Ogunmola (of blessed memory, a film producer and film director during his life time).

Moses Olaiya (Baba Sala) was also a friend of late Duro Ladipo, the producer of ‘Sango’ (of that time), ‘Oruka ife’ and others.

A movie produced for TV station by Baba Sala is ‘Obe gbona’ out of many and the movies for cinema are ‘Aare Agbaye’, ‘Orun Mooru’, ‘Mosebolatan’. Mosebolatan was a film produced after the pirated ‘Orun Mooru’ where he showcased the late magician Professor Peller.

For many people who do not know, Baba Sala started his career in show business as a musician of ‘High life’ as far back as 1964 under a brand name of a band known as ‘Federal Rhythm Dandies’. Through this band, he tutored and guided the master and the King of Juju music Otunba Sunday Adeniyi Adegeye popularly known as King Sunny Ade (KSA) who played the  ‘Lead Guitar’ in Baba Sala’s music band.

Baba Sala is married  and have children. He is also a grand father. Among his children are Emmanuel Adejumo, Adedamola Adejumo – the producer of evergreen song ‘Oluwa mi mohun ti o se, Jesu mi mo’hun ti yo se….’ 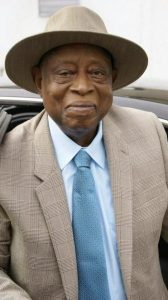 @CitizenOsun
Previous HOW I SPENT $16,000 ON FIBROID – Halima Abubakar
Next Address the health infrastructures that are decaying terribly in Osun! – Doctors Tell Aregbesola