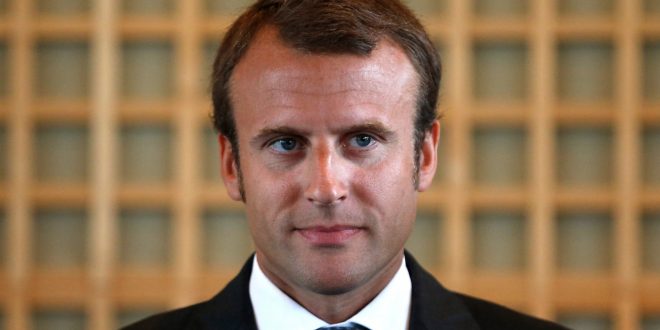 EMMANUEL Macron has been inaugurated as France’s president, and will immediately face daunting challenges to rejuvenate the economy and breathe new life into the beleaguered European Union.

Macron, a 39-year-old centrist, took over on Sunday from President Francois Hollande, the socialist whose five years in power were plagued by stubborn unemployment and attacks.

Macron – France’s youngest ever president – beat his far-right rival Marine Le Pen to the presidency, winning more than 65 percent of the vote on May 7.

In his first speech as president, Macron said France had chosen “hope”.

“The whole world has watched our presidential election,” he said. “The responsibility with which they have entrusted me is an honour. The world and Europe have today, more than ever, a need for France. They want a France that is sure of its destiny.

“The world needs what French men and woman have always taught it, freedom, equality and fraternity.”

He said France was not in decline, but at the start of an “extraordinary renaissance”, adding that he would boost employment, protect companies and engage with French people who feel ignored.

“Republican secularism will be defended,” he said. “We must find the deep meaning of what unites us today … France is only strong if it is prosperous.”

Hollande is delighted at the election of the former investment banker.

He launched Macron’s political career, plucking him from the world of investment banking to be an adviser and then his economy minister.

“I am not handing over power to a political opponent. It’s far simpler,” Hollande said on Thursday.

Though Macron won a large majority, he inherits a deeply divided country. Many voters said they cast their ballot for him reluctantly, in a bid to boot out the far right.

Philippe Moreau-Chevrolet, a political consultant, told Al Jazeera: “In the second round of the election, people voted for him in order to oust Marine Le Pen, not for his programme.”

On Monday, Macron is expected to reveal the closely guarded name of his prime minister, before flying to Berlin to meet German Chancellor Angela Merkel.

It is virtually a rite of passage for French leaders to make their first European trip to meet the leader of the other half of the so-called “motor” of the EU.

Pro-EU Macron wants to push for closer cooperation to help the bloc to overcome the imminent departure of Britain, another of its most powerful members.

He intends to press for the creation of a parliament and budget for the eurozone.

Merkel welcomed Macron’s decisive 32-point victory over Le Pen, saying he carried “the hopes of millions of French people and also many in Germany and across Europe”.

In June, Macron faces what the French media are calling a “third round of the presidential election” when the country elects a new parliament in a two-round vote.

“This new 39-year-old president is trying to enthuse optimism,” Pierre Haski, a Paris-based political journalist, told Al Jazeera. “He’s been the most pro-European candidate in this presidency.”