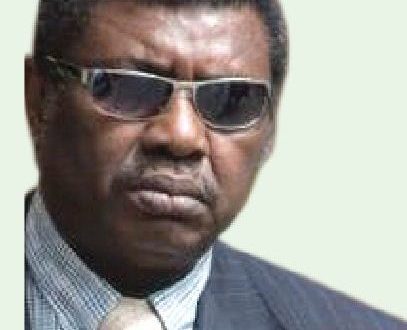 •Struck off in UK

A senior Nigerian surgeon, Dr Lawal Haruna, has been struck off in the UK after accidentally removing a woman’s ovary instead of her appendix.

The 59-year-old mistook the patient’s reproductive organs for her appendix when she was admitted to hospital with abdominal pain.

The unnamed “Patient B”, who was not of child-bearing age, also had her fallopian tube removed during the bungled procedure.

The incident in March 2015 was one of a series of botched operations carried out by Haruna over two years which were so poorly executed colleagues.

He said the mistakes were “trifling errors” while his colleagues described them as ‘never events’.

Another man, known as Patient A, who had acute appendicitis, had been on a list for emergency surgery yet Haruna mistakenly removed a pad of fat, meaning he was forced to undergo a further operation a month later.

Haruna removed a skin tag from a third patient who had been admitted with a cyst.

An expert report reads: “Dr Haruna was mistaken in his identification of the appendix and removed the ovary and tube in error.

“This is a serious omission and a breach of duty of care.

“To have mistaken a fat pad for the appendix and to have failed to deal adequately with the pathology suggests a standard of care which is seriously below that expected of a reasonably competent Staff Grade in General Surgery.”

Haruna, who says he has 25 years’ experience, said the appendix and fallopian tubes were similar “worm-like structures which lie in a similar area.”

But at the Medical Practitioners Tribunal Service a disciplinary panel found him guilty of misconduct and banned him from treating patients.

Chairman Clare Sharp told Haruna his treatment of one patient was “reckless”.

He added: “You were asked to put yourself into your patients’ shoes and to consider how your actions made them feel.

“Whilst you have apologised to the patients in question, you showed a lack of empathy for them, as well as for the serious consequences of your failings.

“The Tribunal did not believe that your misconduct was deliberate but it concluded that there was a continuing risk to patients.”

The incidents occurred between 2013 and 2015 whilst Dr Haruna was working for the Sheffield Teaching Hospitals Trust, which oversees six hospitals.

Haruna said it would be ‘harsh’ to strike him off

Haruna apologised to Patients A and C personally and to Patient B via his medical team.

The surgeon, who represented himself, told the Manchester hearing, said he had been suffering from “poor vision” at the time and claimed it would be ‘harsh’ to strike him off.

He added: “I want to apologise to all the patients. I didn’t experience operative difficulties, in removing whatever I removed. Everything had gone along fine and it was not difficult to remove.

“It was only later I realised it was not the appropriate part. The operation itself, the technicality, was fine but the wrong specimen was removed.

“I have performed hundreds of appendectomies. This was due to lapse of judgement.”

@CitizenOsun
Previous Roll call of who is who at IBB’s daughter; Halima’s wedding
Next Photos: Obasanjo’s son Olujonwo’s wedding