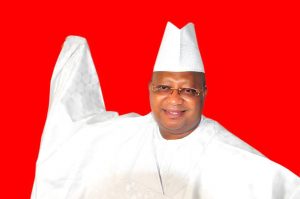 The coroner’s inquest into the circumstances surrounding the death of the first executive governor of the State of Osun, Senator Isiaka Adeleke has begun sitting yesterday.

However, the Adeleke family was evidently absent at today’s sitting but the Coroner promised to re-invite them.  The Legal team from Ministry of  Justice was led by Barrister Iyiola Olajubu.

The Coroner stated  that anyone who is interested in presenting evidence before it should swear an affidavit on such claim before such a person can appear before it.

The Coroner adjourned the sitting to Monday 15th   May, 2017, when the evidences will be taken