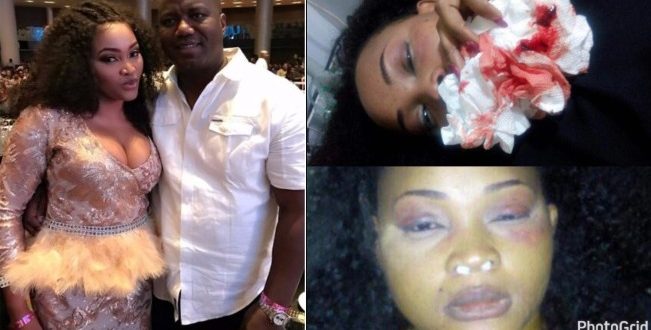 MERCY AIGBE VERSUS LANRE GENTRY: Why Lanre Gentry Was Remanded In Kirikiri Prison

Why Lanre Gentry Was Remanded In Kirikiri Prison

Olanrewaju Gentry, the husband of ace Nollywood actress, Mercy Aigbe-Gentry, has been remanded in the Kirikiri Prison, Lagos, after he was arraigned before an Ikeja Magistrate’s Court on Tuesday.

The Chief Magistrate, Mrs. Y.O. Aje-Afunwa, gave him a bail condition in the sum of N500,000 with two sureties in like sum.

However, before he could meet the bail conditions, the presiding magistrate had closed for the day.

He was subsequently remanded in prison.

Mercy Aigbe had accused her estranged husband of seven years of assaulting her repeatedly.

The case was said to have been reported to the Area F Police Command as many Nigerians called for the arrest and prosecution of the suspect, who at a time was reported to be at large.

The 52-year-old, however, turned himself in on Tuesday and was subsequently arraigned in court.

The arraignment, which took place in Court 1, Ikeja, was witnessed by officials and representatives of the Lagos State Ministry of Women Affairs and Poverty Alleviation, Ministry of Youth and Social Development, Domestic and Sexual Assault Response Team, and the Office of the Public Defender.

Olanrewaju was arraigned by one Woman Inspector, Egbogun Katherine, on three counts bordering on conduct likely to cause breach of the peace, physical assault, and causing grievous bodily harm.

The charges read in part, “That you, Olanrewaju Gentry…on the same date, time and place, in the aforesaid magisterial district, did unlawfully assault one Mercy Aigbe, by beating her with blows all over her body, thereby committing an offence.

“That you did assault one Mercy Aigbe, by giving her blows on her nose and blood started gushing out, which also caused her grievous bodily harm, thereby committing an offence.”

The police prosecutor, Inspector Peter N., said the offences were punishable under sections 157, 168 and 171 of the Criminal Law of Lagos State, Nigeria, 2011.

The defendant pleaded not guilty to the charges and elected summary trial.

His defence counsel asked for his bail in liberal terms.

The Magistrate, Aje-Afunwa, admitted him to bail in the sum of N500,000 with two sureties in like sum.

She said the sureties, one of which must have a house within the jurisdiction of the court, must submit their tax verification documents and house addresses to the police.

However, the defendant could not meet the bail conditions before the close of work and was subsequently remanded in custody.

@CitizenOsun
Previous Awo 30 years after: The icon and his vision
Next By-election for late Senator Adeleke’s successor to hold soon