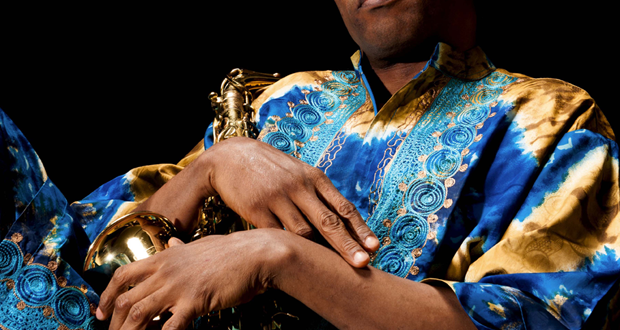 Femi Kuti has broken the World record for the longest single note held on a saxophone.
He attained the feat on Sunday at the New Africa Shrine as shared by his sister, Yeni Anikulapo-Kuti on her Instagram page @yenikuti;

“ This evening 7th May at the New Africa Shrine, Femi Kuti broke the world record for the longest single note on a saxophone note set in 1997 by Kenny G.

This was witnessed by a large audience that included Sen. Ben Murray-Bruce, the deputy high commissioners of Netherlands and The United Kingdom.“

The record was previously first set in December, 1997 by legendary saxophonist Kenny G when he held an E-Flat for over 45 minutes.

Kenny G was reported to have used a technique called Circular Breathing, which keeps a steady stream of air flowing through the saxophone even as the player breathes.

For Femi Kuti, it is unclear yet what technique he used or even, the member of the sax family he used to achieve the massive feat.

He started playing the sax when he was 15 and joined his father’s band “The Egypt 80.”

He later formed his own band, “Positive Force’’ in the late 80s.

Femi, four-time Grammy award nominee, is skilled on other musical instruments including the trumpet and the piano.

According to media reports, Femi awaits an official recognition by the Guinness World Record.