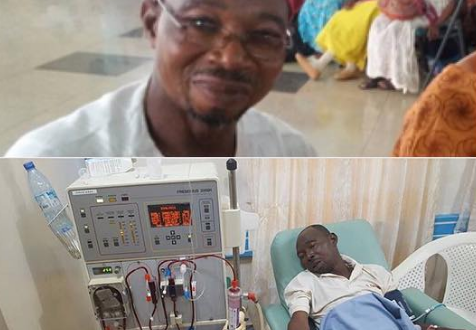 The actor, real name Adeshina Adesanya, aged 63, who is known for his role as a pastor in the hit movie Abela Pupa produced by Ebun Oloyede aka Olaiya Igwe died after a long battle with kidney related ailment.

His death was confirmed by Mr. Latin who took to his social media page to announce his demise with a picture of him on the sick bed which he captioned, “and the man died few minutes ago.”

You will recall that his state of health was brought to public notice after actor Yomi Fash Lanso and Mr. Latin made an attempt to raise funds for him to get a better treatment.

Ajidara till his death was the governor of the association of Theatre Arts and Movie Pictures Practitioners Association of Nigeria (TAMPAN), Ogun state.