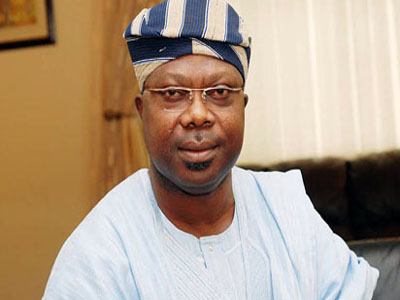 OMISORE AGAIN! My ambition is to set Osun free from bondage! 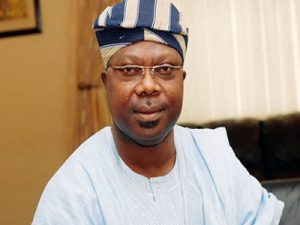 My ambition is to set Osun free from bondage!

Former Deputy Governor of Osun State and the governorship candidate of the party in the 2014 governorship election, Dr Iyiola Omisore, has maintained that his ultimate ambition for seeking to govern the state is predicated on the determination to set the state free from the economic bondage and bad governance foisted on the state by the ruling All Progressives Congress (APC). Aregbesola and Omisore Omisore, who was reacting to a press statement by the APC, that his governorship ambition had become delusional, stated that while he would have loved to maintain his silence and allow the people of the state, who have been thrown into hardship, abject penury and financial insecurity by the Rauf Aregbesola government, to speak for themselves, his desire to stand for the people, would not let him. In a statement made available to newsmen by his media office, Omisore, who represented Osun East Senatorial District between 2003 and 2011, said but for the need to set the records straight and to ensure that the APC did not continue to distract the people and divert attention from pressing governance issues in the state through needless “anti-Omisore press releases,”  he would not join issues with Kunle Oyatomi, “a man who has been turned to a lap dog by Aregbesola to attack Omisore.” The former lawmaker called on the APC to focus on governance by ensuring the payment of the backlog of salary arrears owed workers and the unprecedented failure of its government at the state and federal levels to deliver on electioneering promises several years after people entrusted them with power. Noting that he was happy that Osun APC even agreed that he [Omisore] had status and experience in politics, two attributes which he said were lacking in Oyatomi’s sponsors and which have made them to run the state aground in the last seven years of APC administration in Osun State, the former deputy governor called on the “Lagos Harvesters in government in Osun State” to stop using a stooge to distract the people from the reality of lack, deprivation and backwardness that their shameful and callous agenda to harvest Osun State’s money to Lagos, has thrown the state. “At this point, the APC should really know that its deception game is up; but since it is the season of advice, I don’t think it will be too much to advise and APC, the Lagos Harvesters in Osun State government, to look elsewhere for topics to distract Osun people from the reality of their catastrophic seven years reign in Osun State. “The PDP and the APC have tested their popularity with the electorate in Osun State for 17 years and the people have always decided in favour of the PDP, even if their decisions were not allowed to stand because the APC had a well-oiled rigging machinery and could buy just anything, even the judiciary, as the case with the document-faking victory that brought Aregbesola into office in 2010 and the massive rigging of the 2014 governorship election. “Now, the people want performance and not talks; the people want food. They want good roads and not abandoned projects despite billions collected as loans. Osun State people want employments; not menial jobs without pay like OYES. The people want a secured future; not the gloomy, preposterous and unsecured future Aregbesola has created for the state as a result of his lack of knowledge about governance and massive debts, which even an agency of the APC-controlled Federal Government, NEITI, recently put at over N100 billion. Omisore noted that he was surprised that the APC and its leaders had become blinded by their wickedness so much that they could not differentiate between psychological trauma occasioned by loss of elections and the ones occasioned by the poverty of ideas and directionless governance, which they have visited on the state, saying: “I am happy, however, that they also agreed that Osun people have become immune to lies; so, the people know whose credibility has been destroyed and who threw them into psychological trauma between Omisore and the APC government.”