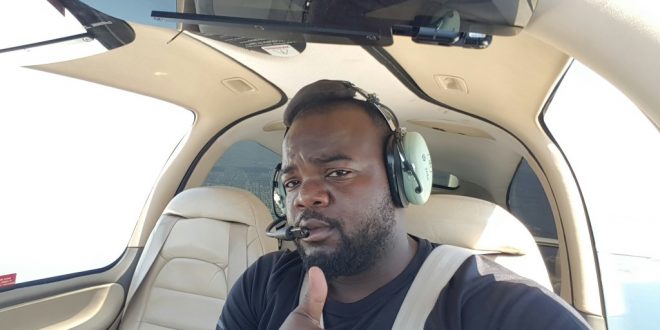 A Nigerian pilot, Ademilola Odujinrin, fondly called Lola by friends and colleagues, and currently working for Air Djibouti has become the first African pilot in history to fly solo around the world.

Lola finished the last leg of his historic flight Wednesday afternoon, as he landed safely at Washington Dulles International Airport in the United States.

With this historic flight, Lola has completed the entire circumnavigation in a Cirrus SR22, in a journey which saw him stopping over in more than 15 countries on five continents.

On Wednesday, March 29, 2017, Lola returned to Washington DC, where his journey began back in September, 2016.

Lola and his colleagues.