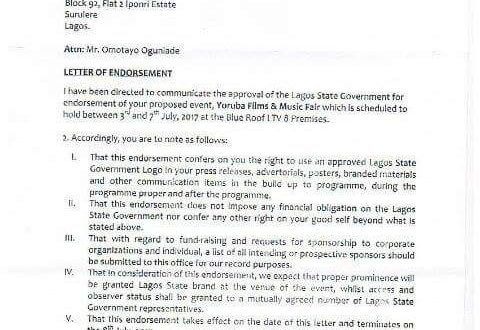 This is good news coming from the convener of the forthcoming Yoruba Films And Music Fair, Omotayo Ogunlade, as the Lagos state government under the leadership of Governor Akinwunmi Ambode has thrown its full weight behind the project.

Recall that many celebrities and royal fathers including the Alaafin of Oyo, Oba Lamidi Adeyemi and his Ile Ife counterpart, Ooni Adeyeye Ogunwusi have already declared their support for the project.

Although, the event which its maiden edition is supposed to hold this month (March) has been postponed to a date that will be made public in due course as a result of reasons aimed at making the event a very colourful and memorable one, the organizers are leaving no stone unturned in ensuring that the event will be one that will linger on for a long time in the minds of people in and outside Nigeria. 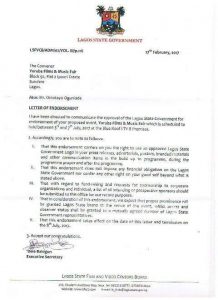