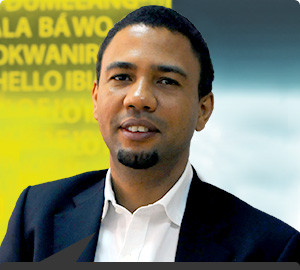 Fondly called Tokun Toriola, he is married for more than 20 years, unknown to alot of people, he is also into other chains of businesses including hospitality. This man who is said to be the most experienced executive in the Telecoms industry in Nigeria, having served as an executive since 2003 in various capacities and companies. He joined MTN Nigeria as the Chief Technical Officer, Network Group (NWG) from November 2006 to November 2011, where he was responsible for Technology Strategy, Network Operations, Network Quality, Capital Projects and Network Rollout, Access Planning, Core Planning, Technical Training and Technical Finance is the owner of Cameron Hotel in Ile-Ife, an hotel which is said to be the best in the ancient town.

He was thereafter appointed as the Chief Executive Officer of MTN Cameroon from December 2011 to March 2015. At MTN Cameroon, he turned around an MTN Group Underperformer to a top Performer. During his time at MTN Cameroon, he grew market share from 51% to an outstanding lead of 62%. He successfully negotiated the renewal of the license and addition of 3G, 4G, and fiber license in 2015. He also successfully negotiated the transfer of part ownership of the WACS submarine cable system to the Government of Cameroon, and led the MTN Cameroon to Investors in Gold (IIP) certification, the first subsidiary of MTN Group to secure the certification.

In April 2015, Mr. Toriola was appointed as the Group Operating Executive, MTN Group where he had direct responsibility for 12 MTN Subsidiaries in 12 countries

Prior to joining MTN Nigeria, he was the Chief Operations/Regional Officer for Vmobile Nigeria (now Airtel Nigeria) from April 2004 to July 2006. At Airtel Nigeria, he was responsible for operations which included network rollout, network planning and optimisation, maintenance, site acquisition and property development. He also managed the transition of the technical functions following the termination of the Econet Wireless International Technical Services Agreement. He subsequently joined MTN Irancell, Tehran as Operations Consultant, managing the network roll out until October 2006.

Personal and functional awards received in the course of his career include Best CTO Award (2009) and Best Network Award (2009).

He is a member of the Council of Registered Engineers of Nigeria (COREN). He has recently been accepted as a Fellow of the Nigerian Society of Engineers