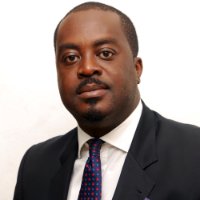 CARS SUPPLY:
Why Osun Politicians Are Not Happy With Osun Big Boy, Seyi Oyinlola
Seyi Oyinlola, the Boss of Hyra Motors is one of the wealthy guys that always find a way of avoiding the prying eyes of the media. Seyi launched his arrival in the big boys club years back when he partnered some Chinese and the partnership gave birth to the multimillion dollars investment known as Hyra motors.
Seyi’s business got a boost as he started his auto business at a time his “godfather”, Prince Olagunsoye Oyinlola heldsway as ‎the executive governor of Osun state.
Because of family ties, Olagunsoye ensured that Seyi became the major supplier of cars to the state government.
At that time, Seyi’s Hyra Motors brands like Grandeur, Splendor‎ and Brilliance were all over the state. The state government purchased these vehicles from Seyi and gave them out to government officials in the state.
Without doubt, this transaction, facilitated by Olagunsoye made Seyi’s business to rise and made him smile to the bank. Although a lot of people in the state raised eyebrow over the development but there’s little they could do about it as Olagunsoye who governed the state for seven and a healf years continued the patronage all through his tenure of office.
Unfortunately however, a section of the people of Osun state, especially the politicians said that most of these ‎vehicles supplied by Seyi are not quality vehicles, they claim that they are refurbished.
Some people who were recipient of the vehicles even said they didn’t use the cars for more than two years before they started developing fault and they had no choice than to abandon the ‎vehicles as the more money they spend to put it in shape, the more damaged it gets. Infact, it was said that out of the hundreds of Hyra products supplied to Osun state, one can hardly find few that are still motorable today.
Since then, a lot of people have blacklisted ‎Olagunsoye and Seyi because of the issue. Till now, it’s part of the misdeeds people still talk about when the topic of Olagunsoye Oyinlola’s loss to the incumbent governor, Ogbeni Rauf Aregbesola at the governorship poll still come up for discussion.
Seyi Oyinlola 2017-02-25
Dotun Olanibi
Share

@CitizenOsun
Previous MEET MTN WHIZKID, TOKUN TORIOLA, THE OWNER OF CAMERON, THE BEST HOTEL IN ILE-IFE
Next WE WILL SEND AREGBESOLA BACK TO LAGOS – Lasun Yusuf’s group