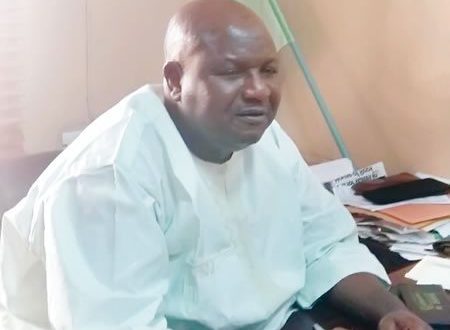 Prince Gboyega Famodun is the chairman of the ruling All Progressives Congress (APC) in Osun State. In this interview by YEJIDE GBENGA-OGUNDARE, he speaks on the success, challenges and controversies trailing Governor Rauf Aregbesola’s administration and the party.

Ogbeni rauf Aregbesola is seen by many as a controversial governor. What do you think?

Anybody who is an agent and epitome of positive change will be termed controversial as his philosophies and ideologies will be strange and can’t be easily understood by mean or feeble minds.  Change is not an easy thing to implement; facing the reality of the situation is what everybody runs away from in the society as everybody prefers maintaining the non-functional status quo. Nobody is ready to take the bull by the horn.

Aregbesola is doing what is required to sustain Osun and position it towards economic liberation for successive governments to come and it is a far departure from traditional knowledge and obsolete system of governance. That is what is required; that is the medicine to the ailment of Osun.

We need a workaholic and creative governor who works for most hours of the day and who faces the reality of the moment. We borrow money to pay salaries. Do you expect us to borrow money to pay political appointees since the policy of our party is of service? Anybody called upon by the party to work for government knows that he or she is there to serve and it is for free. It is very difficult for anybody in this country to preach this type of sermon to any political party.  This is what Aregbesola has been able to do and preach to us. And because we love him and his programmes, and we all know for this state to grow, we need such sacrifice, we persevere.

There is a general belief that the governor has the party in his pockets and  as the chairman, always dance to his tune. How true is this?

Some people, especially APC members, are not happy with the non appointment of commissioners,and board chairmen, after two years of Aregbesola’s second term. What is your take on this?

I want to thank the APC members generally for bearing with us, especially those that are bearing with us with understanding and maturity. It is not an easy thing for us as a political party. At least, you need full party members to be on board to work for government and have some patronages from the government. We made several political appointments when things were okay but, when there is economic downturn, we have to pay the sacrifice and do it with understanding. That is what is required of us to survive as a party and we have to survive as party members and as a family. So, we have been able to understand the government by making sure that we make this sacrifice. We are now on top of the situation and very soon the governor will be inviting and calling people into government, we would have board members to manage our parastatals and agencies.

If you understand what is happening to us, you will appreciate our government. The Federal Government is close to two years, but it cannot even constitute boards. It is not easy. We are begging civil servants to continue to bear with us because we have not been paying the salaries of some of them in full for some time now. We cannot add to it by giving salary to politicians when the money is not there. There is nothing you can do when you are financially limited and incapacitated.

There is this condemnation that the governor acquired huge loans which now has a negative effect on the state. What do you have to say about this?

Let me tell you the bitter truth about the situation in Nigeria today. Thank God for the timely intervention of the APC government led by President Muhhammadu Buhari. Almost all the states were in this crisis of financial mess and decreasing statutory grant from the centre. The only states that were free are not more than two or three, with Lagos State leading the pack. When  Buhari became the president, he decided to give a bailout, to use the coinage of the media, but I call it a life line; soft loan to the states.

The CBN asked us to package all the loans of the state; the one we inherited and the one we obtained by ourselves into a bond, and that one goes to the Federation Account where it will be deducted on a monthly basis from the account of the state. Unfortunately, some states in the federation did not do so; they did not package their loans as CBN directed. Those are the states that receive fairly buoyant allocation, but when it gets to their states, the commercial banks they are having issues with on loans will make deductions and at the end of the day, they also have nothing on ground to disburse. Those states are just like us who packaged all our loans portfolio into the CBN and when they make necessary deductions at times when the general allocation is low, our account goes into minus.

We have been operating like this for some time, but due to the proactive nature of the governor, we have been able to take care of the civil servants. We sat down with the labour unions, we explained to them what the situation is and we agreed on modulated payment of salary. Whatever we receive from the federal government, we add our IGR to it and we share it.

How fair is Governor Aregbesola and APC in the management of affairs of the state?

We thank God for what we have been able to do and achieve under Ogbeni  Aregbesola in Osun State and for the people in the past six years. It has been monumental and historic in the annals of the 26 years of existence. Since our advent in the state, we had programmes centred basically on youth empowerment and emancipation, to banish poverty, to banish hunger and making life abundantly peaceful and prosperous for the people of the state. By all standard of judgment, I think we have performed exceedingly and excellently well, especially when you juxtapose our achievements with the limited and meagre resources at the disposal of the government and also in relation with other states that were created with Osun in 1991. We have ensured that Osun remains in the front burner of regional and national news for pacesetting, path finding and trail-blazing.  Apparently, I am not judging myself or our government, but we have performed well in every aspect of governance.

Things are improving: The percentage of successful Osun students in the last WAEC is 46 per cent which is the best in the recent times. It showed that we are improving year in, year out. It is not what we used to have in the past. It is only that, naturally, people resist change and their attitudinal response towards change is very slow. People complained of so many things, because of national economic recession affecting the state government. But, sincerely, we thank God because we have been able to pay up till December last year. That means we are on top of the situation; no matter what anybody sees, no matter what they says at least I give kudos to the governor.

2018 is around the corner, APC members and supporters believe the party would still win the election in spite of the controversies surrounding the Aregbesola’s administration. How feasible is this?

Going by what we have done, accessing and judging the government by the services it has rendered in six years, looking back to the pitiable condition we met Osun and focusing on the pathway and roadmap of greatness we are plying presently as designed by the manifesto and coordinated programmes of our party, we are confident that APC will win 2018 election.

People know that the best thing that has ever happened in Osun is Aregbesola and his government. So, anybody who thinks in that direction will know that we should continue in government because the people of this state are getting to know what we are doing. Unlike in the past when they were misinformed by very few influential section of the society that government must be business as usual, the people are getting to know better, when they see the improvement on the roads, modern schools, rural electrification, agric support programmes and the unprecedented social protection scheme, among others.